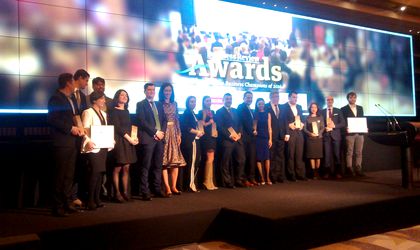 For BR Awards 2017, the jury looked at over 100 nominees and selected 43 companies, entrepreneurs, executives and business leaders.

So here are the winners in the main categories and the honorary awards and distinctions that were granted by Business Review:

#BRAwards | Cristi Movila, Country Manager VTEX: Staying ahead of time as a...