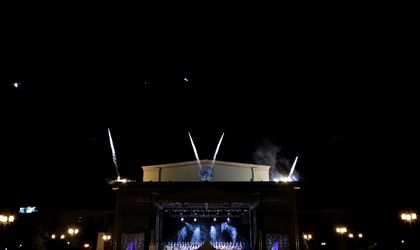 On August 24, classical music lovers are welcomed to the seventh edition of the “Opera’s promenade”, a free of charge, open-air concert taking place on the esplanade of the National Opera in Bucharest.

The lineup will be completed by the opera’s orchestra and choir, under the magic wand of the conductor Cristian Sandu.

The National Opera of Bucharest is a repertory theatre for opera and ballet. Since 1921, the National Theatre is the heart of music theatre in Bucharest. It has been in its present location since 1953 and has a seating capacity of 1000.