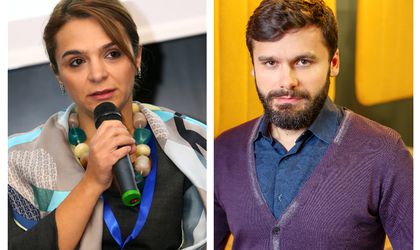 As the center-left government led by PM Sorin Grindeanu sticks to its plans to launch Romania’s first sovereign wealth fund, strong control mechanisms will have to be put in place to make sure that public money is not wasted. The question on everybody’s lips is who will manage the Sovereign Fund for Development and Investments (FSDI), which should reach around EUR 10 billion in assets in the next four years.

Legal experts have suggested that the state should recruit private managers to head the fund, which will be fully owned by the Ministry of the Economy.

The design of the fund remains a mystery, and since the start of 2017, the head of the Social Democratic Party (PSD), Liviu Dragnea, has made only brief comments about the investment strategy of the FSDI.

“The state will remain a 100 percent shareholder. It will not sell any shares, because these are strategic companies. In addition, as happens in other parts of the world, this fund, the Fund for Large Investments and international banks, with which we have had official discussions, will make strategic joint ventures to finance large investment projects in Romania. We will also start to build plants and production capacities in areas where they didn’t exist,” Dragnea told public broadcaster SRR in early February. Since then, the government has created a commission tasked with setting up the fund.

The government has announced that it will seek the assistance of international financial institutions such as the International Monetary Fund (IMF) and the European Bank for Reconstruction and Development (EBRD) to design the fund.

“We certainly welcome in principle any initiative aimed at improving infrastructure in the country. We know that the Romanian authorities are working on this initiative. We have been contacted in the context of a comprehensive stakeholders’ consultation exercise that we understand will start soon. Before that takes place we cannot comment on the structure of the fund as we do not know the details,” Matteo Patrone, regional director for Romania & Bulgaria at the EBRD, told BR.

Sovereign fund to be used for public investments

The plan of the ruling coalition is to use the FSDI as a financing source for the construction of new hospitals and highways, and the head of the PSD suggested that the money will contribute to the reindustrialization of the country.

When the fund was first announced during the political campaign for the last general elections, the PSD said that the initial funding of the FSDI would come from dividends paid by profitable state-owned companies and from the sale of assets, such as hotels, that are still in public hands. Moreover, the fund would issue bonds that would target retail buyers in Romania.

“The establishment of a national sovereign development and investment fund could be a solution for the country’s development, and there are funds established for the special purpose of developing investments at national level. However, one must be aware that this is not a guarantee of success or necessarily a providential choice. There are still many investment resources that the state fails to use properly, and European funds are proof of this inability,” Loredana Van de Waart, partner at law firm Gruia Dufaut, told BR.

She added that going forward, the state has to provide guarantees that the fund’s resources will be used efficiently and the money will go into the real economy.

“Let us not forget that we currently face two vulnerabilities, which may affect the fund’s activity: the state’s inability to carry out long-term projects with full transparency and the availability of resources dedicated to the fund. Special attention must be paid to the nature of investments and to their operational management,” said the Gruia Dufaut partner.

There might also be an issue with the way in which the fund actually makes investments, because the FSDI currently looks like an institution that takes money and puts it into public projects. This can already happen now and billions of euros are available in EU funding for such investments.

“Romania needs more investments in road infrastructure and hospitals, but it is not clear how the fund will recover this sort of ‘investment’ or if they could even be treated as an investment from the fund’s perspective, except, maybe, those projects generating enough toll or similar revenues,” Serban Paslaru, partner at law firm Tuca Zbarcea & Asociatii, told BR. He added that the purpose of the fund has to be clarified by the government.

Questions about the future management of the FSDI

Whomever is appointed to head the fund will come under increased scrutiny from the private sector, the media and even politicians, as the transparency of public spending has remained one of the authorities’ main challenges. And the government has yet to announce its vision for the leadership of the fund. It is not clear if the FSDI will have a director appointed directly by the state or if there will be a recruitment process outsourced to private headhunting firms.

“In addition, knowing the administrative weakness in Romania, private management, supervised by a council consisting of officials from the government, the National Bank of Romania and the Financial Supervisory Authority, is desirable. However, it is most important to ensure the balance between subordination to government/the state and the strategic and operational independence of the fund, in order to avoid having a non-functional and corrupt structure,” said Van de Waart.

The state has worked in the past with recruitment firms to appoint private board members and directors to strategic public firms such as grid operator Transelectrica and railway company CFR.

For instance, the closed-end fund Fondul Proprietatea (FP), which has in its portfolio minority stakes in dozens of state-owned firms, could serve as a model for the FSDI. The FP is currently managed by American investment firm Franklin Templeton. The FP’s manager has been one of the main backers of the implementation of corporate governance principles in companies controlled by the state and called for the listing of these firms on the local stock exchange. The fund has a net asset value of EUR 2.6 billion and is managed by Johan Meyer (co-portfolio manager) and Greg Konieczny (portfolio manager).

Pole position: What Romania can learn from the Polish fund experience

From the public statements regarding the FSDI, it seems that it might bear some similarities to the Polish Development Fund (PFR). The latter was set up last year as a venture capital platform with more than EUR 600 million of financing available. The PFR was used to partially finance upgrade works at a sea container terminal and additional funds will be used for the planned ring road in Cracow

“The PFR receives funds from the national budget and is managed by independent experts, who are liable to the government authorities. In terms of assets, both the Polish fund and the Singaporean one deal with profitable investments nationally or internationally, in strategic and profitable fields. More directly, the Singaporean fund’s main mission is to increase the reserves it manages, in order to meet the island’s development needs,” said the Gruia Dufaut partner.

Paslaru of Tuca Zbarcea & Asociatii added that we should know from the start if the FSDI will be “a genuine investment instrument or rather be used as a saving tool destined to cover various budgetary or social expenses. Or both.”