Analysis. How is the government trying to calm down renewable investors in Romania through legal changes 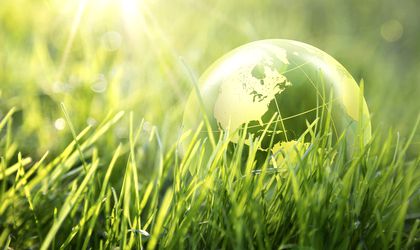 After more than three years in which renewable investors have claimed that the Romanian government was ignoring their requests, despite combined investments of EUR 7 billion, the authorities have taken the first steps and announced major changes to the renewable law in a bid to reassure companies that feared their money had gone down the drain.

In late October, the Ministry of Energy published the draft of an emergency government ordinance to amend Renewable law no 220/2008. Among the envisaged changes are new price limits and transaction changes for green certificates.

“The new system for determining the mandatory acquisition quota of green certificates seems to reflect the intention to find balance (or reach a compromise) between two sensitive points. On the one hand, the need of renewable power producers to have more certainty that they can sell their green certificates and, on the other hand, the need to limit the financial burden borne by the end consumers,” Alina Stancu Birsan, partner at law firm PeliFilip, told BR. She added that this system should help narrow the gap between supply and demand for green certificates.

Government struggling to offer clearer path to 2031 for investors

The government’s move came after the renewable industry claimed that changes to the incentives scheme in 2013 that delayed the issuance of some green certificates had triggered a chain of losses in the market.

The wind industry alone lost around EUR 900 million in 2014 and 2015, according to a study carried out by professional services firm EY Romania for the Romanian Wind Energy Association (RWEA). In this period, authorities also decided to offer large energy consumers some exemptions from acquiring green certificates, after industrial players warned that the additional costs for renewable energy were denting their competitiveness, which in turn would bring layoffs.

“Through the proposed change, there will be a number of green certificates that remain untraded, with the option for the surplus certificates to be sold during the period of the support scheme at a lower estimated price,” said Ministry of Energy officials.

At the end of December 2016, the authorities will close enrollment in the current support scheme for renewable projects and it is unclear what will happen with the new investments that could be made from next year.

Birsan of PeliFilip claims that the proposed ordinance clears up some of the legal uncertainties, but the changes do not create the environment for substantial developments in renewable power generation.

“Instead, they are trying to strike a compromise and allow those who have entered the game to survive for the rest of the support scheme’s lifetime. For some of them, it may be too little, too late. However, renewable power producers have demonstrated their resilience, regardless of the insolvencies/bankruptcies in the sector so far,” she added.

The ordinance will also head to Parliament, where it could receive further amendments, and the final version approved for implementation, including the new regulations that have to be issued by energy regulator ANRE, still remains an enigma to investors.

The current support scheme for renewable players, which was criticized as being too generous by the big consumers that had to foot the bill, might be the last one approved by government, if we look at the future outlined for the sector in Romania’s new Energy Strategy 2016-2030, which was put up for debate in mid-November.

Under a scenario included in the strategy, Romania could attract new green energy investments from 2020 without putting in place a new support scheme if the technology costs go down. New wind projects with an installed capacity of 1,500MW and solar farms totaling 1,400MW could be put online in the decade to 2030.

In the next three years, the government expects that only renewable projects financed by European funds could emerge in the country, according to the strategy.

As of August 2016, Romania had 2.9 GW of wind capacities and 1.3 GW of solar installations included in the support scheme, according to grid operator Transelectrica. Biomass capacities accounted for around 100 MW, while small hydro had 317 MW.

“The alternative if the capital costs remain high, which discourages the installation of new renewable energy capacities (SRE) in the absence of a support scheme, will see Romania end up with a dilemma. On one hand, given the lower living standards in the country, the introduction of a new support scheme for renewable energy is not justified, especially going towards 2030, when the effects of the current scheme, based on green certificates, would have diminished after 15 years from the recent entry into production of the new SRE capacities,” read the strategy.

However, the authors of the strategy admit that focusing on renewable energy could help the country attract new investments in the energy efficiency field, as well as in the manufacturing sector for specialized equipment and electric cars.

Meanwhile, the frequent changes in the legal framework have seen Romania drop out of the EY ranking of the 40 most attractive destinations for renewable investments.

The country has lost the 34th place that it held last year and is no longer among the most attractive markets for new green energy investments.

According to calculations made by EY Romania, it takes around 30 years to recover the investment in a wind farm.