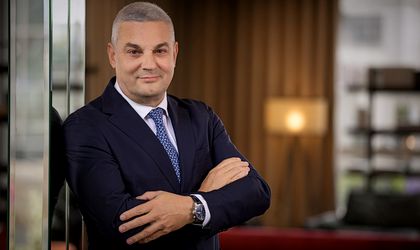 2021 represented for Impact Developer & Contractor, the first year of a new production cycle, the capitalization and consolidation of the company, but also the start of sales.

Last year a total of 430 units, worth of 250 million lei were pre-sold, in increase with 37% compared to 2020, etimated to be capitalized as the projects are being completed. A total of 183 units, with a value of 138 million lei, were sold. 77% of the sold units are located in LUXURIA Residence in Bucharest, where the last development phase was completed in December 2021.

The operating profit of the group totaled 98.5 million lei, with a slight increase compared to 2020, in the context of lower sales revenues and a low level of completed units in GREENFIELD Baneasa, the group’s main project. In 2021 the gross margin was 36%, up from 31% last year. Starting with 2022, the previously signed pre-sales will be capitalized, as the projects will be completed, being fully reflected in revenues, while maintaining the trend for the gross margin.

IMPACT also started an extensive internal consolidating process, the group’s preliminary financial results indicating an increase in equity since the launching of the financing program of the 6 year strategy announced in the summer of 2021. 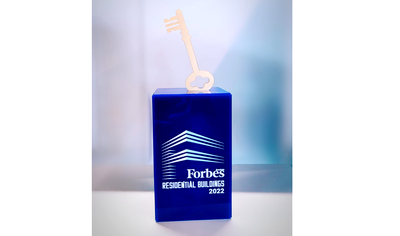 “The year 2021 marked the beginning of the construction for the extension of some projects or the development of new ones, operations that on the residential market usually last for 3 years. It was also a year in which we optimized processes, we invested heavily, purchased land and took concrete actions for expansion in the most important cities of the country. As a result, we have seen a growing interest from the customers, a fact visible in the increasing number pre-sales, but also from the investors, who decided to join us by subscribing to the share capital increase that took place in January 2022. We aim to enhance our free-float and the liquidity of IMP shares on BVB, in order to sustain our financing program through new issues of green bonds and shares”, stated Constantin Sebeșanu, CEO Impact Developer & Contractor.

In 2021, IMPACT continued to expand nationwide by acquiring a 2.6 hectares of land in Iasi, in addition to the one purchased in 2020. The entire land has a total area of 5 hectares and will be used for the development of Greenfield Copou compound, one of the largest projects in Moldova area, which will include 1,062 apartments with an estimated value of 830 million lei. Thus, on December 31, 2021, IMPACT owned 89.4 ha of land with a market value of 798 million lei, on which new large projects with mixed functions will be developed, along with infrastructure projects.

In addition to the nationwide expansion process, the company has diversified its current project portfolio. IMPACT is building the largest community center in a residential neighborhood, in the Greenfield Baneasa compound, which will include a Wellness Club, an office building, a shopping center, public school and kindergarten.

The company’s strategy for the next 6 years aims at the development of 1.25 million sqm residential units, with an estimated market value of over 1.5 billion lei. The new projects will be developed on large areas of land, in unique and remarkable locations, with green neighborhoods, built to nZEB and BREEAM Excellent standards, using sustainable principles and technologies, respectively using alternative energy sources, “smart city” solutions and electric mobility solutions.

The chart below shows the company’s estimates in the context of the announced strategy, which indicates the company’s capitalization rate, but also the conversion of projects into financial results, with an emphasis on maintaining profit margins. There are also presented three production cycles.

Recently, the company received the maximum score of 10 points for communication with investors in 2021, according to the Association for Investor Relations on the Romanian Stock Exchange (ARIR), based on the evaluation of VEKTOR index. On the 18th of February 2022, IMP shares were included in the FTSE Global Micro Cap index, following the fulfillment of the capitalization and liquidity criteria on December 31, 2021.