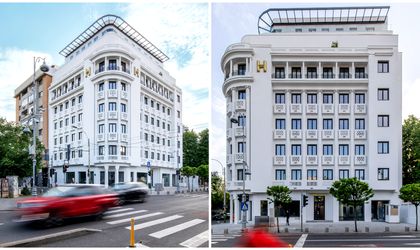 Real estate developer Hagag Development Europe has received the completion certificate for its residential project H Victoriei 139. The company will soon start delivering the units to the new owners. 85% of the available apartments have already been sold, while 50% of the commercial space available on the ground floor is currently leased.

H Victoriei 139 comprises 33 premium apartments and over 300 square metres of commercial space. The personality and architecture of the building, together with the new social bar, The Saint, recently inaugurated and accessible to the general public, complement perfectly the effervescent atmosphere of the area. Moreover, residents and tenants alike will benefit from the 24/7 virtual concierge and property management services, provided directly by the developer.

“This moment marks a major milestone for us as a company, but also for Calea Victoriei. We are proud to see how our vision is brought to life, day after day, and we are glad to have completed the construction works with such a significant occupancy rate. The combination between the remarkable location, the facilities of the area and the Art Deco architecture transform H Victoriei 139 into a unique presence in the urban landscape. The former grey and shabby building has become, once again, an important landmark on the real estate map of Bucharest, and this would not have been possible without the commitment and contribution of all our collaborators, whom we thank for their professionalism and dedication.“, said Yitzhak Hagag, Co-founder and shareholder Hagag Development Europe.

Designed around the year 1940 by Romanian architect Arghir Culina and in possession of Hagag Development Europe since 2017, the building, formerly classified as a Seismic Risk Class 1 structure, displayed an advanced state of degradation with a high risk of collapse when purchased. The large-scale interventions carried out on the property were intended to both consolidate, rehabilitate and eliminate all existing vulnerabilities of the construction itself, and also to materialize the company’s vision of reviving downtown Bucharest through urban renewal projects focused on the reconversion of old, heritage buildings with historical value. The developer has carefully restored all Art Deco elements and brought the facades to their original image, as designed more than 80 years ago. 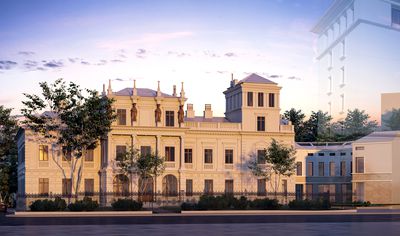 H Victoriei 139 is currently the only premium residential project located on Calea Victoriei – one of the most trafficked arteries in the Romanian capital city, recognized publicly as “symbol street of the city”.