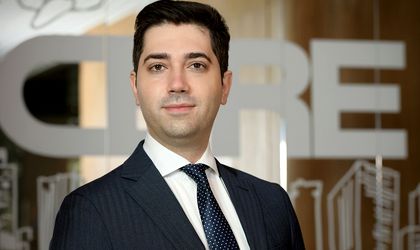 CBRE Romania assisted Adventum Group, a CEE focused real estate investment manager, entering on the Romanian real estate market through the acquisition of Hermes Business Campus, an office complex located in the north Bucharest. Adventum’s first investment in Romania marks the biggest office transaction in Bucharest in 2021 as well as the largest investment of a new real estate player in Romania since 2018.

“The record size of this deal closed by our client, Adventum, is an important sign of trust in the Romanian market, being the largest new entry on the local market in the last three years. Is also a vote of confidence for the office leasing market. Investors are reverting to this segment with confidence and we expect it to be their main point of focus over the next year”, said Mihai Patrulescu, Head of Investment Properties, CBRE Romania.

With a total surface of 75,000 square meters, Hermes Business Campus (HBC) was acquired by Adventum for the Quartum real estate fund, which now has more than 200,000 square meters of leasable area in Poland, Hungary and Romania. The two first buildings HBC 1 and HBC 2 are fully leased to renowned tenants such as DB Schenker, Luxoft, Lavalin, Mondelez, the Dutch Embassy and Xerox and the last HBC 3 building will continue to be fully occupied by Genpact, for at least the next seven years.

“It is important to notice that both transactions of Hermes Business Campus and Campus 6.2 and 6.3, where CBRE also assisted the buyer, mark a return of a trend in the office market: the trading of large, multi-building projects. This is a natural response to the large leasing demand we have seen since 2016, when there was a constant flow of new tenants setting up businesses in Romania”, added Mihai Patrulescu. 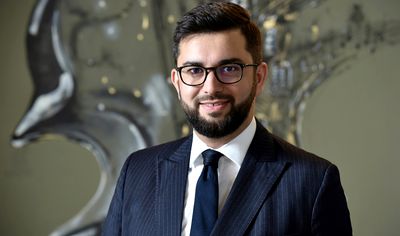 A dynamic first half of the year for Romania: 17 transactions signed

The total real estate investment in Romania reached EUR 303.6 mln in the first half of the year, 21% below the level registered on the same period last year, according to the latest data from CBRE Research. During the first six months, were signed seventeen transactions with an average ticket size of EUR 17.8 mln, being thus considered a very dynamic first half of the year.

Bucharest attracted more than half of the investment volume, respectively 67%, in five transactions with office and hotels, while twelve deals representing 33% of the total volume were closed in regional cities, which attracted investors mainly with industrial schemes.

Analysing by sectors, the top two front rows are claimed by the office and industrial markets but at considerable distances one from another. The office sector represented 64% of the transacted volume, while the industrial sector 26%, consolidating the office market as the most preferred type of investment by both national and international buyers, also shows the CBRE Research data.

In terms of purchaser’s nationality, the overwhelming amount of capital, representing 67% from the total volume was brought by Austrians, followed by Americans and Czechs, each claiming a share of 8% from the invested capital. Buyers from South Africa, Sweden, Switzerland, Germany and Greece participated with shares of 6%, 5%, 4%, 3% and 2%, while Romanians contributed with only 1% at the total amount directed towards Romanian real estate properties during the first half of the year, according to CBRE Research.

In Europe, the total real estate investment reached EUR 70 bn in Q2 2021, driven by strong activity in the UK and Germany and representing an increase of 45% on the same period last year, according to CBRE. Strong Q2 performance brings first half of 2021 investment volumes in Europe to EUR 125.6 bn, a 9% decrease from EUR 138.7 bn for the same period in 2020. Nevertheless, an overall positive trend is emerging, when factoring in that Q1 2020 was pre-Covid and the highest Q1 on record for the European Real Estate market.

Looking at the sector figures, the rise in e-commerce, which has been a catalyst for low vacancy rates and strong demand, has caused the industrial sector to continue to perform well across Europe. Industrial volume rose 64% in H1 2021 in comparison to the same period last year, with investment reaching EUR 25.4 bn.

As governments re-opened their economies and a return to offices increased, investment into the office sector rose 37% in Q2 2021, reaching EUR 22 bn in Europe, including the UK. Significant bounce backs during the quarter were seen in some of the major markets, including UK (up 300%), Spain (up 249%) and Germany (up 67%).