CBRE advises Sameday the lease of a 2,300 sqm area in VGP Park Timisoara 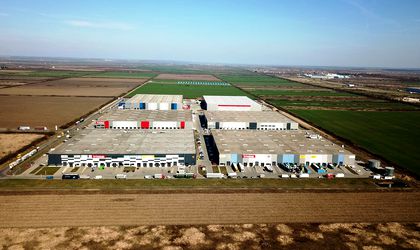 The market of industrial spaces continues to develop in the western part of the country, after the stock has doubled in the last 10 years, becoming the second largest market after Bucharest, according to CBRE data, leader of the real estate consultancy market. CBRE has recently advised the courier company Sameday in the process of leasing a 2,300 sq m area in the VGP industrial Park Timișoara.

“Logistics spaces established in key locations have proven their worth in recent months, being vital for timely product delivery. As a property developer, VGP has provided Sameday with all the flexibility needed in terms of custom solutions and timely space delivery. We have thus reached 140,000 sq m of industrial space in Romania and we keep on growing,” stated Ștefan Rădeanu, Commercial Manager, VGP Romania.

The west of the country (Timiș, Arad and Bihor counties) has become attractive for courier companies, supporting their need to reduce delivery times to 24 hours or less. CBRE covers the western part of the country through a team dedicated to the industrial sector, coordinated from Timișoara by Mădălin Aresmerițoaie, Senior Advisor.

“The relocation of Sameday reaffirms the potential of the western area for the industrial sector. This area continues to be productive, in terms of both demand and supply for industrial spaces.  The current stock of 700,000 sqm has a vacancy rate of 5.2 percent and an area of 75,000 sq m of industrial spaces is under construction in Timișoara, Arad and Bihor counties and will be delivered by the end of the year,” explained Mădălin Aresmerițoaie, Senior Advisor, Industrial Services, CBRE Romania.

Almost 77,000 sq m of industrial spaces have been rented in western Romania in the last 15 months, CBRE having 19 percent of the total market share represented by real estate consultancy companies. Additionally, CBRE Romania has recently advised the lease of 18,000 sqm in Timișoara Industrial Park II project for the companies NDB Logistica, provider of integrated logistics services and DS Smith, a leading international company in the packaging field 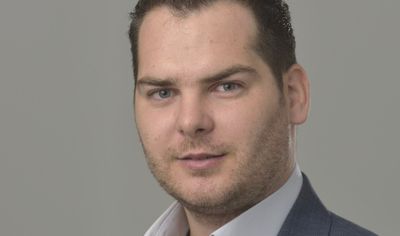 “Apart from distribution and production companies, which, in recent years, have been the driving force of demand in the industrial spaces market, we have noticed a high appetite for such spaces in the last six months, from players in e-commerce and related fields, such as the courier industry,” added Mădălin Aresmerițoaie.

In Romania, online retail has significantly grown in the last six years, reaching the value of EUR 4.3 billion, at the end of 2019, four times higher than in 2014 and increasing by almost 20 percent compared to 2018, according to Romania E -commerce report, recently conducted by CBRE Research.

The development of the e-commerce sector has led to the expansion of companies in the courier industry, a market estimated at approximately 3.2 billion lei in Romania, where over 35,600 employees worked in 2018, according to ANCOM data. Nationally, the courier market accounts for over 94 million parcels, equivalent to 4.7 parcels per inhabitant, increasing, on average, by approx. 18 percent annually in the last three years.