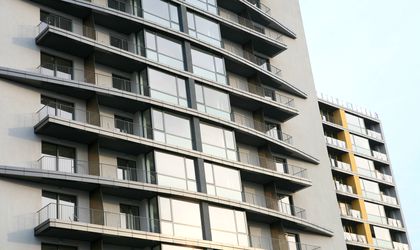 The First Home Program is the main client of residential projects, but encourages the sale of old housing stock, rather than the thousands of newly delivered units. With predictable results, say players.

The much discussed slowdown in the global economy and the Euro zone debt crisis has affected mortgage markets and house building across Europe, although property prices were weathering the storm at the end of 2011, according to the latest RICS European Housing Review, released this month. In addition, the deep economic downturn and especially the sovereign debt crisis were forcing banks to ration their mortgage lending.

With weak economic growth and cutbacks in state expenditure, confidence in Europe’s residential markets was low. “The future of the housing market in Europe will clearly depend on a good supply of mortgage credit and the ability to cope with the economic and financial crisis in the Euro zone. But ongoing austerity measures are not helping to ease the situation. Public intervention today is more likely to undermine, rather than stimulate, the residential market,” said Michael Ball, the report’s author.

The only thing currently given any impetus to the residential property market in Romania is the state program called First Home, established to give first-time buyers a foothold on the property ladder. By the start of this year the four phases of the scheme had awarded 53,000 loans with a total value of over EUR 2 billion. The fourth phase of the program began in the middle of 2011, and by the end of the year 14,000 loans with a total value of EUR 600 million had been awarded to first-time buyers. According to statistics from FNGCIMM (the National Credit Guarantee Fund for SMEs), two-room flats account for 53 percent of the total homes acquired through this scheme, three-room apartments 29 percent and studios 12 percent. Recently there has been increasing interest in three-rooms units.

But the scheme has some restrictions. The maximum loan value that can be granted under the program is EUR 57,000 for an old unit, EUR 66,500 for a new one and EUR 71,250 to build your own property. The first two figures have a big impact on the market and affect which types of projects will succeed, say industry insiders. Figures show that so far, the program has favored old communist-era apartments, the so-called matchbox flats. Their prices were supported as they were in line with the upper limits of the program, despite the often poor quality of the stock. Meanwhile, developers of new build apartments cannot lower their prices because of the fatal mistakes they made in the past, such as buying a plot a land and paying over the odds to build oversized units. Only those firms that realized that they had to redesign their projects, made them smaller, and brought the sales prices closer to the First Home program limit have done well out of the scheme.

At the end of 2010 Conarg, a residential developer, finished building the first stage of Quadra 2. The project was initially conceived to have 850 flats, but was soon redesigned in light of the new market realities. The first stage involved 242 studio apartments and only 16 two-rooms units, designed for students and teenagers. The decision made Conarg one of the most important sources of new build homes that could be bought through the First Home Program. Company representatives say that the majority of the units they sold last year were through the program.

According to the National Institute of Statistics (INS), in 2011 approximately 40,000 building permits for residential buildings were awarded, down 6.6 percent on 2010. The highest decreases were felt in north-eastern and southern Romania. Building permits also include extensions of existing homes, not just new units, which suggests that the decrease will be even more significant. Moreover, two thirds of the building permits were given for rural units, which means that these homes will mainly be built by the occupiers. As for finished homes, last year approximately 45,000 units were delivered, 9 percent fewer than the previous year.

According to research by residential consultancy firm REAS, 63 projects with a total of some 3,600 residential units were for sale within Bucharest’s city limits in Q3 2011. Less than half of these properties were part of completed residential projects rather than schemes that were under construction, planned or on-hold. But who can afford them? According to INS data, the Romanian gross monthly average income was EUR 464 in January, down 9 percent since December 2011, a period when an employee’s general revenue increases due to Christmas bonuses. In 2011 the average gross salary was EUR 460, a figure that is more compatible with buying an old flat, rather than a new one.

One of the main problems for local employees is that their official salaries are less than their real earnings. Many companies, including multinationals, prefer to avoid paying taxes to the state by giving the money directly to their employees through the well-known bonus scheme. As a result, would-be home buyers find it difficult to secure credit.

“The major problem on the residential segment was demand, which was restricted for several reasons, including the impact of macroeconomic weaknesses on purchasing power and investment sentiment among prospective homebuyers. Also, buyers have an apparent lack of trust in developers in particular, due to various unfinished and frozen projects,” agreed the authors of the report, Residential Markets in Central European Capitals, referring to residential demand in Bucharest and Romania in general.

Demise of the developers

Because of this low demand and lack of confidence, residential developers have started one by one to collapse, declaring insolvency and heading for bankruptcy. In the last two years 12 such projects have met this fate, meaning no fewer than 4,000 flats. The biggest recent casualties Asmita Gardens, Alia Apartments, Laguna Residence and Ibiza Sol.

Asmita Gardens had bankruptcy written all over it when finished its 800-unit project in 2010, where a 54-sqm studio was on sale at EUR 124,000 and an 88-sqm two-room flat at a hefty EUR 137,000. What is shocking, said players, was not that half of it was not sold, but that half of it was, despite the substantial prices. Alia Apartments also sold its luxurious flats for EUR 2,000-2,500 per sqm.

Visitors to the Ibiza Sol website are welcomed with the unfortunate phrase: “Ibiza Sol is a safe investment in the future of your family”. But it seems that potential buyers were not so sure: of the project’s over 300 flats finished in 2008, 250 have no owners, and insolvency followed. Meanwhile, Laguna Residence is for sale for the third time and still there are no takers, even though the price has been cut by 25 percent from EUR 24.6 million.

Aside from these examples, there are others that have been hushed up by banks that have no wish to lose more money, even though this may happen if they keep these unprofitable projects. While in the case of Asmita Gardens, Ibiza Sol and Alia Apartments, lenders can hope to recuperate up to 70 percent of total debt as they are finished products, for uncompleted projects the bank can expect to claw back only 20-30 percent of what they are owed, according to Casa de Insolventa Transilvania.

Taking everything into consideration, pundits predict the price of apartments will decrease further, continuing the trend from 2011, despite developers and real estate agency hopes. According to the yearly Residential Market Index for the Romanian market, published by EFG Eurobank Property Services Romania, residential property prices fell 4.3 percent in 2011 compared with previous year, following on from a 0.3 percent dip the year before. The biggest decrease was felt in Bucharest, both in the center and peripheral areas (a 9.9 percent and 11.3 percent fall respectively), followed by the Danube area with a 5.2 percent drop, Muntenia with 5.1 percent, the south on 5 percent and the west on 3.7 percent.

“The correct price of a built square meter without finishes in 2012 should be around EUR 550,” says Claudiu Georgescu, president of APMCR (the Association of the Constructions Materials Producers from Romania), adding that this value is for buildings with low energy consumption. This cost factors in the drop in prices of some building materials, such as cement and bricks, while steel costs posted a slight increase.

In this context, prices like EUR 2,000 per sqm could seem excessive, even taking into consideration the high prices paid for plots of land, finishes and so on. The only chance for such projects may be redesigning or selling everything, and accepting the losses.