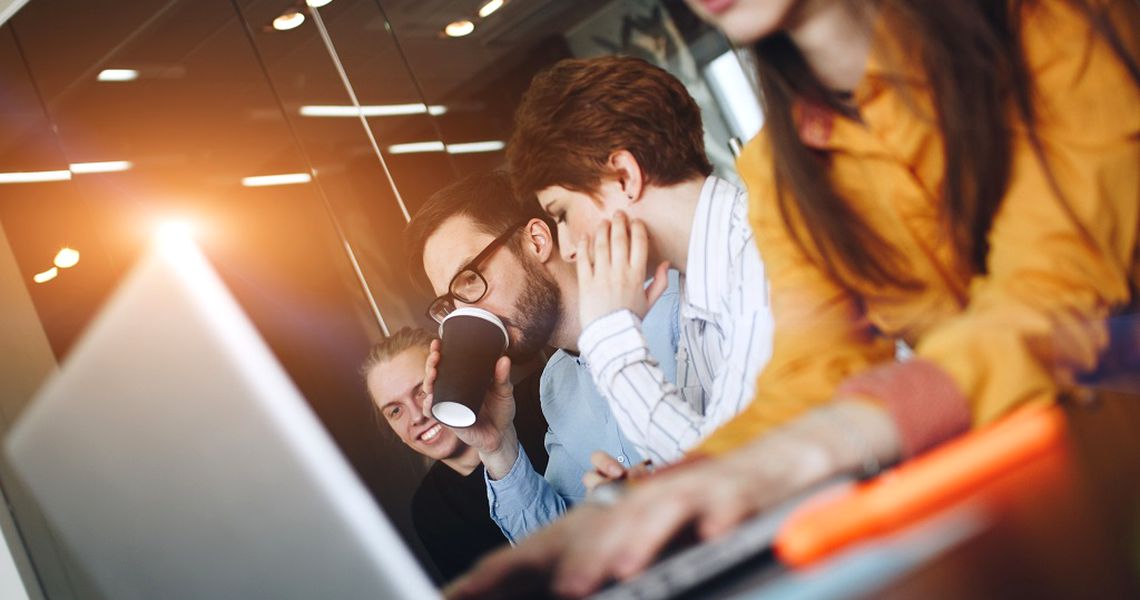 The increase in the number of co-working and flexible spaces, alongside the development of mixed projects and the digitalization of buildings are some of the major trends set to define the European and Romanian property markets in 2019 and beyond.

The co-working segment has grown rapidly across the major property markets and its leading player is US-based startup WeWork, recently valued at USD 47 billion. Although the operator is not present in Romania, other players have expanded their portfolios of co-working spaces across Bucharest and regional cities.

“The cities with the strongest development in the co-working segment have been Timisoara, Iasi, and Cluj-Napoca. We expect to see a 20 percent annual increase for the co-working segment on the local market by the end of 2030, as companies increasingly view flexible space as a way of supporting their recruitment agenda, and in many cases they are still at an experimental stage of deciding the best approach to the issue,” says Boca.

The co-everything principle will impact not just how we work, but also how we live or move around the city. This is the probably the biggest trend shaping the future of real estate as well, suggested Ilinca Timofte, research analyst at Crosspoint Real Estate, the real state consultancy.

“The integration of high-tech in both commercial and residential projects is another trend set to become a norm in the near future,” says Timofte.

The enhancement of the wellness component for real estate projects is also gaining ground among developers in Romania.

Dimitris Raptis, deputy CEO & CIO at Globalworth, the biggest owner of office buildings in Romania and Poland, says that the trend for office construction and design is to enable a good work-life balance and create an environment that fosters collaboration, productivity and creativity.

Raptis says that real estate companies are looking to develop “employee-centric workplace strategies” alongside co-working spaces where people can collaborate, share ideas or spend time together. Thus, Globalworth inked a leasing deal with Mindspace, the operator of co-working spaces.

The Globalworth executive added that the company aims to create a community around its projects. Last year, it launched a new initiative called Globalworth District.

“We’ve repurposed our office buildings into unconventional spaces that host and support art and technology and give our tenants dedicated experiences,” says Raptis.

However, flexible office spaces are still a nascent segment on the Bucharest market. They had a share of 1.7 percent in the Romanian capital out of the total office stock, which reached 3 million sqm in the first half of 2019.

People don’t want to spend time being stuck in traffic and they want to be close to their workplaces in order to dedicate the extra time for their family, friends or hobbies, says Geo Margescu, the CEO and co-founder of real estate developer Forte Partners.

“As a developer that activates on both the office and residential segments, we’ve noticed a very strong synergy between housing and office space development. Not only have we noticed this, but our business strategy is focused on bringing residential near office buildings and offices near well-developed residential neighborhoods,” says Margescu.

His company is currently investing EUR 37 million in a residential project near the office hub in northern Bucharest encompassing the Pipera-Calea Floreasca-Barbu Vacarescu area.

For Ovidiu Sandor, the CEO of Mulberry Development, one trend seen on the market is the development of mixed-use projects. His company is currently developing a project with office and residential components in Timisoara. “Of course, the location remains very important, but it is not enough. In order to be successful today, real estate development must harmoniously combine those complementary functions that successfully mark the needs of the end user and outline a coherent concept,” says Sandor. In Timisoara, the entrepreneur has also made some urban infrastructure investments and designed leisure facilities for mixed-use projects.

Another developer who has invested heavily in mixed-use projects is Iulius Group. The company and Atterbury Europe are jointly developing Iulius Town Timisoara, a mixed-use project developed following a EUR 220 million investment. The first stage of the project will be finalised this summer and include 120,000 square meters (sqm) of retail spaces and office buildings that cover 100,000 sqm.

Elsewhere, Austrian property investment group Immofinanz rolled out in Romania its myhive concept based on innovative design, attractive facilities and services. The company is also looking to create a community through special events held in its office buildings.

In Brasov, Ceetrus is working on developing a massive mixed-use project with residential, office and retail components, and plans to replicate this model in Resita. The developer also wants to build a hotel in Brasov and add facilities for locals and tourists. Developers have to design innovative projects in order to keep up with the demand for more sophisticated buildings in multi-functional complexes, says Ionut Dumitrescu, co-founder of One Office, the office division of One United Properties.

“We notice more and more mixed projects with commercial (office & retail) and residential components. This trend will lead to new, contemporary design developments where activity is not limited to the traditional working schedule, from Monday to Friday, between 09.00-17.00,” says Dumitrescu.

The internet is shaping the future of the property sector and investors are adapting in order to cater to digital-centric users. Developers can manage their buildings more efficiently by fitting sensors to monitor energy consumption and predict when the equipment needs maintenance. Moreover, we are talking about connected buildings that can be engaged by employees through special mobile apps. Reserving a parking spot by mobile or receiving vouchers to spend in stores hosted by office buildings are some of the ways in which tenants can get a better experience in a real estate project.

“The dance between e-commerce and brick and mortar retail trade is worth watching, with warehouses winning big from this intense competition,” says Silviu Pop of real estate consultancy firm Colliers International.

Energy efficiency and sustainability in office buildings is another trend growing in Romania and Europe alike.

“It’s not just technology that makes a building smart, but so does its architecture, its care for the common areas, the existence of green spaces, and complimentary services such as restaurants and retail spaces meant to meet the employees’ daily requirements,” says Margescu of Forte Partners.

Investors will explore more niche projects such as serviced apartments, student and eldery housing, and data centers, says Timofte of Crosspoint Real Estate on the trends in the investment market. It should be pointed out that the number of people aged 60+ will nearly double to 2.1 billion by 2050, which might generate a different type of demand for real estate products compared to the current offering.

IMMOFINANZ enters the coworking space segment in Romania with mycowork