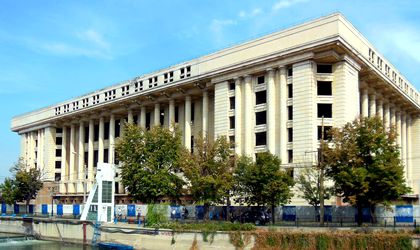 AFI Europe Romania has signed a non-binding letter of intent with Plaza Centers for the acquisition of the majority stake of the Radio House (Casa Radio), located in the center of Bucharest. The value of the offer amounts to EUR 60 million.

If the transaction is successful, AFI Europe will become the majority shareholder with a stake of 75 percent, with the remaining 25 percent being split between the Romanian authorities (15 percent) and third-party investors (10 percent).

AFI Europe will carry out due diligence operations which, if completed in a satisfactory manner, will lead to the signing of a sale-purchase pre-contract. The final sale-purchase contract is subject to certain conditions.

“Casa Radio is a landmark in Bucharest and the acquisition of the project is in line with our expansion strategy. Given the early stage of this acquisition, we will provide updated purchase information and plans for this project as the process advances,” says Doron Klein, CEO of AFI Europe Romania.

The Casa Radio building, partly built in 1986 in the Eroilor area of the Capital, was originally intended to host the Communist Party Museum. After 1989, after several attempts to give the building various purposes, it was abandoned and taken over by Plaza Centers in 2006, who wanted to develop a huge mixed project that included offices, mall and dwellings, as well as a hotel with a value of about EUR 1 billion.

Called Dambovita Center, the works on the building started in 2008 but were stopped a year later due to the economic crisis.

Although they announced in 2017 that they would continue the project, Plaza Centers eventually decided to sell it, especially since the investments had already reached EUR 85 million, as of 2010, and also received a fine from the US authorities for attempts to corrupt Romanian officials.

Last year, AFI Europe Romania acquired a 4.3 hectare plot near AFI Cotroceni, where it will develop a mixed project of offices, commercial spaces and housing. The company’s other major projects include AFI Tech Park, an office complex located in the center of Bucharest, the first phase of which, called AFI City, has already been completed.