Sameday has a new People, Culture & Organization Director in the person of Anei Krasovschi 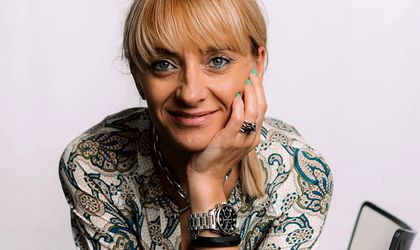 Sameday attributes the leadership of the Human Resources area to Ana Krasovschi, who for the last 20 years has had the role of Human Resources Director at Carrefour Romania. At Sameday, Ana Krasovschi will coordinate the courier operator’s team of 3,500 employees and collaborators, having as main responsibility the development of the human resources strategy and, thus, contributing to the consolidation of the entire area of programs and policies dedicated to the company.

Sameday, one of the leaders of the courier market, expands his senior management team and announces the appointment of Ana Krasovschi as People, Culture & Organization Director.

Sameday attributes the leadership of the Human Resources area to Ana Krasovschi, who for the last 20 years has had the role of Human Resources Director at Carrefour Romania. From this position, she coordinated and contributed, until August 2020, to the development of the team of one of the largest employers in Romania. At Sameday, Ana Krasovschi will coordinate the team of 3,500 employees and collaborators of the courier operator, having as main responsibility the development of the human resources strategy and, thus, contributing to the consolidation of the entire area of programs and policies dedicated to the company.

With the arrival of Ana Krasovschi, Sameday aims to continue the development of organizational culture based on cultivating initiative and entrepreneurship, through projects that stimulate the development of Sameday talent. Encouraging individual growth and focusing on the identification and development of team talents are two of the elements that give the dimension of the company’s agile culture, characterized by a growth-oriented way of thinking. Next, Ana Krasovschi aims to maintain this open culture, which she considers an asset, including in attracting new talent to the team. 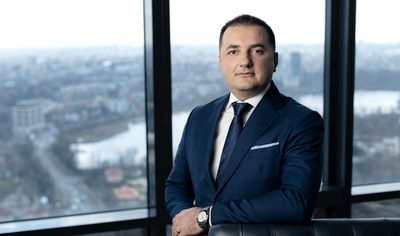 Sameday, the courier company in an accelerated process of development both nationally and internationally by expanding to Hungary, has a complex human ecosystem, characterized by an accelerated growth rate. Consisting of couriers and professionals which serve the operational area through their activity in the logistics centers and warehouses, as well as of the support teams which work in the headquarters, the company has a very dynamic way of working, which is a feature of its industry. In the first 9 months of the year, the Sameday team increased by about 50% in the number of people with support activities.

“I found at Sameday the spirit, the values and the people with whom I want to start building again. Sameday is the result of 14 years of passion and ambition put together by a team which I want to support. It is the place where I have a lot to do, and my energy and knowledge can have an impact on people and business. I think we have a lot to do together, especially since Sameday is a company with accelerated growth, and I am glad that I can contribute to its development from within”, said Ana Krasovschi, People, Culture & Organization Director.

Ana Krasovschi has a solid experience in growing teams, being the first employee of HBO Romania, where she was for three years HR Coordinator, and one of the first members of the Carrefour Romania team. In recent years, Ana Krasovschi has made a significant contribution to the evolution of Carrefour, supporting the company in all stages of development and transformation, from organic growth when entering the Romanian market, to expanding the business by integrating Artima supermarket chains and Billa Romania, the development of new business units, as well as the profound change of the organizational culture, by remodeling the Human Resources processes, based on fresh, innovative tactics, focused on identifying people’s talents.

Beyond the titles, Ana is characterized as a non-conformist leader, a “people gardner”, who gives people the freedom and confidence to do things without imposing. Innovates and develops projects, constantly asking “What if?” and “Why?”, he likes to reinvent things and take people to grow in every process.

Sameday is the newest tenant of Globalworth Square