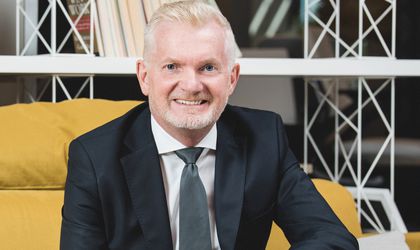 I remember my English teacher at high school going absolutely crazy whenever anyone used the adjective ‘nice’ in an essay. Those were the days when teachers followed it up with a slap around the head so, yes, it was a while ago!

It is fair to say that most companies want to be seen as even more than that aforementioned word and be described as supportive, flexible, accommodating, understanding etc which, as a fourteen-year-old always ended up with me using that nice word time and time again.

In todays’ business world the Covid situation has accelerated the pre-covid movement towards creating a more amicable and benevolent work culture thus providing much more choice than ever before. The new hybrid way of working which is being introduced and even practiced in many areas is further evidence of flexibility mind-set that is being introduced.

You may have just read the previous paragraph and thought “Well, what are the dangers that you mention in your headline, surely this sounds like a great model doesn’t it?” and my answer would be in agreement with anything that provides people with a better sense of freedom and choice. You are probably one step ahead of me here and yes, there is always a ‘but’ somewhere amongst grand ideas and thoughts. 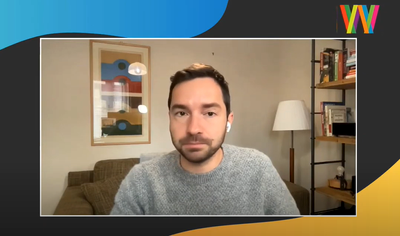 Having that benevolent organization will, in turn, create a benevolent culture that, in turn, results in a mild over-dose of benevolence within departments. Let me illustrate more. How many times have you been in a meeting that appears to be very amicable and respectful on the surface only to witness the post-meeting stabs in the back and 360-degree change of opinions that define the meeting as completely useless with the needs of the subject matter remaining un-resolved and festering like a rotting fish in the mid-day sun.

Another example of over niceness is the opening of the floodgates to ideas and input. Again, on the surface, it sounds great to be a company listening to everyone’s opinion but, as we all know too well, if you try to please everybody, somebody won’t like it!

Decision making in any organization requires the careful management of questions to a more selective audience rather than any cart blanche approach to reaching 100% consensus with everybody. Doing this leaves you with the opposite of consensus and an ambiguous grey area bigger than the one you had before you asked the question!

Succession planning is a growing tool within the evolution of companies in Romania yet, like choosing just 11 players from a football squad of 23, is also a critical part of selecting and developing the next generation of talent that, in turn, enables the further career progression further up the corporate ladder.

A spirited internal competitiveness within a company is actually much healthier than just trying to please everyone with the same message. There are individuals who are happy where they are and others who have a bigger appetite for career progression. Both are fine and equally respected, and both should also be properly accommodated. It’s a little bit like the recruitment process being one or two interviews instead of a challenging process that provides the candidate with a sense of achievement when offered the job rather than a reaction as exciting as eating a cold curry. The more effort in achieving something, the more you will respect that and, in work terms, the more likely you are to be loyal and dedicated to the job and organization.

At times, inertia becomes so strong in a nice culture that the organization loses its ability to act preemptively. Those daily challenges, frustrations and concerns are actually supposed to be there otherwise we become immune to the red flags and will end up dealing with a big problem rather than averting a small one.

The same applies to Learning & Development when the lack of challenges to an individuals performance needs creates an “it will be ok if I don’t” mind-set resulting in the sobering reality in 2 years time that many of the team have not really developed and will probably feel the lack of progress which, in turn, will affect their commitment and longevity within the organization.

Create an inspirational, collaborative culture, not just a nice one

Ambiguity feeds toxic niceness, so clarify how you expect people to treat one another and hold each other accountable. Be clear on how the company needs to evolve over the next three years and the importance of each team member in making that happen.

Don’t expect everyone to embrace your vision but set the new level of the bar and apply that consistency that others will eventually appreciate and support. You need everyone on the proverbial bus otherwise it won’t work. Identifying those who don’t want to be on the bus and need to get off at the next stop is as crucial as your business strategy itself.

The Covid has changed us all in our authenticity to care and that is a great thing as we also filter out those pre-covid ‘friends’ who no longer meet your new criteria for what a friend should be. In business, the need for kindness and understanding pressured us into the inevitable world of un-productive niceness. As we see the light at the end of the tunnel, we need to re-calibrate ourselves and our people, re-align our goals and install the new norm as soon as possible.

Martin Luther King Jr. said in his famous Letter from Birmingham Jail “…there is a type of constructive, nonviolent tension which is necessary for growth. Don’t cover that up in your efforts to be nice. Channel and manage the tension. That’s real kindness”