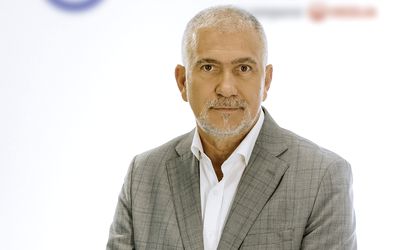 With a massive investment of EUR 367.9 million in Romania by November 2037 based on a Master Plan approved last year by the General Council of Bucharest, Apa Nova is committed to better respond to the needs of the city. BR sat down with Madalin Mihailovici, the CEO of the company, to learn about the main targets of these investments over the coming years.

How can Apa Nova contribute to the smart city concept and what are the biggest challenges related to Bucharest’s water infrastructure?

The major European capitals have experienced accelerated development in recent decades, and new urban needs require radical changes in building construction, road infrastructure, and utilities. For example, water and sewerage systems are challenging for large operators in all major European cities, not just for us, due to their age, but also because of the architecture of historic centres, and climate change and increasing populations make operating them increasingly difficult. The issues the sewer systems face when it rains heavily are not just specific to Bucharest, but also to cities like Vienna, Paris, Warsaw or Rome, whose streets turn into little Venices when the sewer network is at capacity.

However, climate change and the new needs generated by urban development are putting increasing pressure on the operating system, challenging it on multiple levels. To solve such problems, massive investments are required to respond to the city‘s development and to maintain the comfort of the people living in Bucharest. Therefore, Apa Nova has committed to invest EUR 367.9 million in its system by November 2037. Water system infrastructure development and digitalization are significant and necessary steps towards placing Bucharest on the European smart city map, and Apa Nova is working tirelessly to achieve these ambitious objectives.

You have announced a EUR 367.9 million investment, based on a Master Plan approved last year by the General Council of Bucharest. Let’s take them one at a time. Where will this money come from and when will the funds become available? And what does the strategic investment programme include?

The investment plans were announced as a result of the General Council of Bucharest’s approval of an extension to the Concession Agreement. At the beginning of August, Apa Nova and the Bucharest Municipality signed a 12-year extension of the Concession, until 2037. Therefore, the partnership between Apa Nova and the Bucharest City Hall will continue to the benefit of over 2.2 million residents, providing them with high quality water and sewerage utilities, under safe conditions.

More precisely, through this contract extension, Apa Nova is making a financial commitment of EUR 367.9 million – with immediate access to these funds – which involves the implementation of a multi-annual investment programme worth EUR 230.9 million, but also additional expenses summing up to EUR 137 million for the water and sewerage infrastructure. Four main strategic investment pillars worth EUR 230.9 million have been identified. The extension and modernization works, meaning a total of 682.5 km of water and sewerage system, will cover 1,915 streets across Bucharest, and will run over the course of the next 11 years. The first pillar aims to reduce flooding risk in central and depression areas and includes investments of EUR 89.9 million. This entails building 94.3 km of rainwater and domestic sewerage, to benefit 793,000 Bucharest residents. The works cover 270 streets in key areas, such as Tineretului, Vacaresti, Pallady, Colentina, Muncii, Fundeni, and Dobroesti.

The second pillar foresees reworking the water infrastructure to meet current and future needs, with a project worth EUR 57.75 million. Over 364 km of new water networks will be built, and they will benefit 645,000 Bucharest residents. The works will take place on 1,349 streets, including the Historic Centre, and will be completed in 2031.

The investment programme also includes the expansion of water and sewerage networks according to the urban development plan in order to create conditions for the sustainable growth of the metropolitan area and ensure access to public utilities on unregistered and unsystematized streets. The total value of this multi-annual programme amounts to EUR 81 million and aims to expand the water network by 132.8 km and the sewerage network by 91.4 km. These investments will benefit 370,000 new and current Bucharest residents on 296 streets in areas such as Odai, Sisesti, Prelungirea Ghencea, Berceni, Uverturii. This project’s main objective is to provide every street in Bucharest with access to utilities by 2025.

The fourth pillar refers to increasing the safety of the water supply system in case of emergencies (high-intensity earthquakes or other types of catastrophes) and it will see a EUR 2.2 million investment. The project includes the construction of 35 deep wells distributed across all districts. This project’s deadline is 2025.

This multi-annual investment programme will guarantee a fixed tariff for water and sewerage services throughout this period. For this EUR 367.9 million investment, the current tariff remains unchanged, and one of the lowest in the country (43rd place out of 45 main operators in Romania). Currently, the company’s tariff for water and sewerage represents 1.14 percent of the commodity bundle of Bucharest residents – one of the lowest in Romania and even in the European Union – and the maximum limit for this service is 3.5 percent of the market basket.

If you drew a line, how would you translate these 20 years in terms of results for the company, and also for Bucharest? And what is the total value of investments?

The company’s daily performance is evaluated based on the 23 standards for service quality stipulated in the Concession Agreement, which function as criteria for monitoring our technical and commercial results. For 20 years, all these obligations have been fully met. The network’s 78.4 percent efficiency rate is surpassed only by Vienna and Berlin’s, but the tariff in Vienna is over 2.8 times higher. Another important factor is the degree of satisfaction of Apa Nova customers, which is currently at 88 percent, and increasing every year. In the 20 years  Apa Nova has been responsible for the water and sewerage system, the water has been 100 percent potable, the number of connections has almost doubled, over 39,000 smart meters have been installed, the repair time for a fault is generally around 6 hours, there have been no water outages longer than 24 hours, and the network has been extended by over 700 km of new pipelines. And, finally, the tariff charged by Apa Nova has remained one of the lowest in Romania and the European Union. Over these years, the water supply and sewerage system have been rehabilitated, modernized, and developed according to the best industrial practices in the field. These achievements are the result of investments exceeding EUR 530 million, which have been allocated from our own sources, without any European funds.

What are your goals for the coming years?

The company’s main objective for the next years is to provide safe essential services for the capital city every day. This would not be possible without a continuous digitalization process, and the company will allocate EUR 7 million to create a digital ecosystem.

Apa Nova must respond in real time to current market conditions, to the evolution of technology and the imperatives of Romanian legislation, in order to ensure high quality and safe public services.

In 2015, it became clear that a radical shift was needed at both the management and operational level to improve the KPIs the company had committed to in 2000, upon signing the Concession Contract.

Following the worldwide success of the Apa Nova project – which won first place in the “Best Business Transformation Project” category at the 2019 edition of OPEX Week – Business Transformation World Summit (Orlando, FL) – Veolia Group decided to extend the project to the next level: identifying and capitalising on synergies between all Veolia companies in Romania, under the name One Veolia.

All business processes aimed at this expansion – as a first wave – are already aligned and standardised, and by the end of 2020 they will all be implemented. Once this happens, the company will be placed in the Continuous Improvement phase. The quality and precision with which continuous improvement processes are designed and executed are essential for the company’s progress and alignment with the globally adopted Veolia goal: the transition to responsible 21st century capitalism.