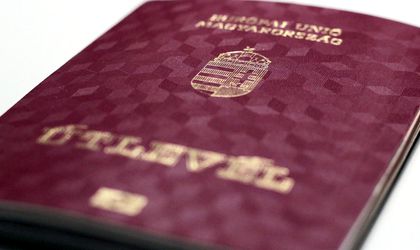 Some 700 non-Hungarians have fraudulently obtained authentic Hungarian passports and assumed the identities of the original passport holders, according to a DHS document obtained by The Washington Post.

Out of the total figure, at least at least 85 attempted to travel to the United States, and 65 successfully entered through the U.S. visa waiver program.

DHS officials say they believe criminals obtained the authentic passports by exploiting a Hungarian government program that allows ethnic Hungarians who live outside the country to obtain citizenship in an expedited manner. The measure was put in place in 2011 by Hungarian Prime Minister Viktor Orban, who touted the importance of connecting with the Hungarian diaspora scattered across Europe after World War I and World War II, according to the WP.

Since 2011, more than a million people have obtained Hungarian citizenship through the program.

Despite the warning, serious flaws in Hungary’s passport system persist. Last month, senior DHS officials traveling to Budapest warned that the country could be suspended or kicked off the waiver program if the vulnerabilities weren’t addressed.

After entering the market at the beginning of the pandemic, OBSIDIAN Broker relies on niche corporate insurance