Today at Enescu Festival: Russian National Orchestra and the magic of recitals 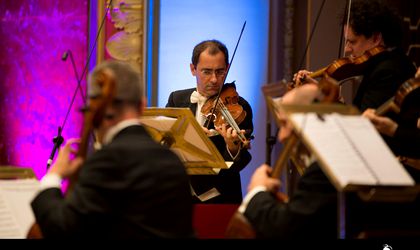 Each September brings the magic of national composer George Enescu to Bucharest, this time with the festival itself. The spirit of George Enescu is celebrated through his works and the younger generations of performers he inspired, enlivening Bucharest with the beauty of his magnificent music.

Due to some unfortunate cyber-attack, the festival’s website isn’t available, so here’s the program for September 5:

Bass-baritone Sir Bryn Terfel and pianist Malcom Marineau from 17.00 at the Romanian Athenaeum.

Traditional – A selection of songs from “The Celtic Isles” (Passing By; Loch Lomond; Suo Gân)

RUSSIAN NATIONAL ORCHESTRA under the wand of Horia Andreescu from 20.00 at Sala Palatului.

Aria and Scherzino were printed for the first time in 2005, at the initiative of Serban Lupu, a Romanian violinist living in the United States of America. The six notebooks edited with this occasion contain works from the composer’s youth, the manuscripts of which can be found in the archives of the “George Enescu” Museum in Bucharest.