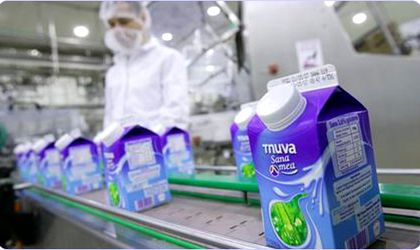 Tnuva has decided to close its local dairy business after failed attempts to sell the company, according to the Israeli media. The same source estimates that Tnuva has reported losses worth USD 200 million since 2007 in Romania.

Quoting sources from inside the company, Israeli publication Globes announced last month that Tnuva was considering selling or closing down its local dairy business due to heavy losses.

The Israeli dairy producer is estimated to have invested about EUR 60 million locally since 2005 with the  goal of establishing an integrated business –  from milk production to product distribution under the Tnuva and Yoplait labels. The intention was also to use the Romanian company as a bridgehead for Tnuva’s international operations.

While the company hoped to reach yearly sales of EUR 50 million by 2008, the figure did not surpass EUR 20 million according to Globes.

This March Tnuva closed its cow farm in Adunatii-Copaceni (near Bucharest) which covered 25 percent of the milk production of its Popesti Leordeni factory, also due to financial considerations. The company announced at that time that despite posting loss for several years it didn’t plan to leave the local market.