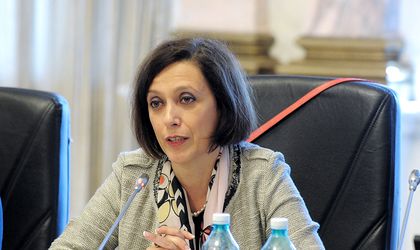 The World Bank celebrates 25 years of continuous presence in Romania. The WB opened its resident office in Bucharest in 1991, when the institution took on a new role in democratic Romania. The country had joined the World Bank in 1972.

The current office is led by World Bank Country Manager for Romania and Hungary Elisabetta Capannelli, who was preceded by Arna Hartman.

“A quarter century is the measure of a generation and it is as an important milestone for an institution, as it is for a human being. Our presence in Romania has matured together with the country’s first generation of people born in a free economy and society. The challenges they faced, where the face of our support for change,” Capanelli said in a blog post.

“The Bank’s role changed, grew and adapted in this time. It went from helping Romania overcome the difficult economic transition in the 1990s, to supporting the EU membership goal in the 2000s, to helping withstand the crisis of 2008, and to helping Romania rethink the way its public administration can better serve its citizens and businesses and access global knowledge and reform solutions for achieving faster EU convergence,” the blog post reads.

“From our early loan in 1991 for the continued provision of basic social services in post-socialist Romania, to our most recent project to reduce nitrate pollution project to reduce nitrate pollution in drinking water across rural communities, the World Bank Group has been a solid and reliable advocate for a better future for all Romanians. Over the past 25 years, we have employed a mix of investments, analysis, and technical assistance to shape improvements in education and health, agriculture and justice, transport and social assistance, programs for the poor and for the inclusion of the Roma, environment and private sector development, to name only a few” Capanelli said.

To date, the WB has provided over USD 12.5 billion for more than 95 projects, with the International Finance Corporation contributing another USD 2.5 billion to support long-term finance in another 80 projects.