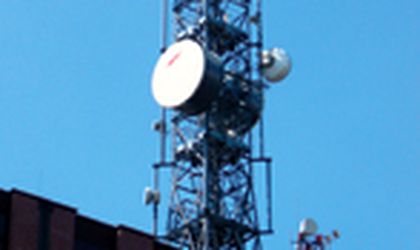 No decision has yet been made by telecom authorities regarding the GSM licenses of the two largest telecom operators in Romania, Orange and Vodafone. The licenses expire at the end of this month and need to be prolonged, but the involved parties- telecom regulator ANCOM, the ministry of Communications, Orange and Vodafone- have not reached any understanding yet.

A press conference was announced short notice for today to announce the results. However, this morning it was cancelled, a sign that the authorities have not managed to make a decision yet.

ANCOM has put off until December 28 making a decision regarding the mobile telephony licenses, according to market sources quoted by Ziarul Financiar.

The telecom regulator previously announced that it will prolong the GSM licenses of Orange Romania and Vodafone Romania from December 2011 until April 2014.

This is the date when the GSM licenses of Cosmote, the third largest telecom operator in Romania, expires.

“ANCOM intends to organize by the end of 2013 an auction for the entire spectrum that will become available in the bandwidth 900 Mhz and 1,800 Mhz and expand the validity of the usage rights for Orange Romania and Vodafone Romania in these frequencies until new licenses are granted,” goes the press release of the institution.

Read more in this article of Business Review.

However, ANCOM urged Orange and Vodafone to clear a part of the 900 MHz spectrum in one year, which the two operators opposed, asking for a prolongation of the term.

The telecom authority wants the two operators to clear 2.5 MHz of the 900 MHz bandwidth that is used for providing 3G services.

This follows an independent study ordered by ANCOM which says that another telecom operator, RCS&RDS is at a competitive disadvantage compared to the operators that have spectrum in the 900 MHz band. The cleared frequencies will be attributed in a bidding that will take place next year.

Read more in this article of Business Review.
Otilia Haraga