Consumption rates losing ground with growth of only 5.2 pct in the first 9 months 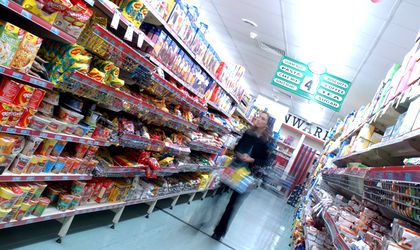 Turnover volume for retail trade, crude series, in September 2018, compared with the previous month, fell overall by 3.9 percent due to lower sales of food, beverages and tobacco (-6.7 percent) and non-food products (-3.8 percent). Compared to September  2017, consumption increased by 2.3 percent, and in the first nine months it went up 5.2 percent.

The 2.3 percent y/y increase in September 2018 appeared due to increases in the sales of food, beverages and tobacco (+ 4.5 percent), the retail trade of automotive fuel in specialized stores (+ 1.9 percent) and sales of non-food products (+ 0.6 percent).

In the interval January 1 – September 30 compared to the same period of 2017, the turnover volume for retail trade, gross series, registered an increase of 5.2 percent due to the increase in sales of food, beverages and tobacco (+ 6.5 percent), sales of non-food products (+ 6.1 percent) and retail fuel sales in specialized stores (+2 percent).

The increase of consumption has lost ground compared the earlier months of 2018 months, when it recorded double digits growth.