Teleki Castle to be sold on auction with a starting price of EUR 650,000 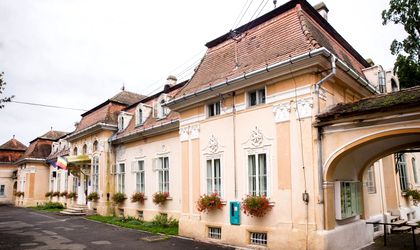 Artmark History Estate launched an auction for Teleki Castle, one of the most spirited buildings left in the Transylvanian landscape built by the noble family of Teleki. the starting price is EUR 650,000 and the selling price is estimated at EUR 800,000 – EUR 1 million.

Sámuel Teleki, the Chancellor of Transylvania in 1791-1822, the founder of the Teleki Library in Targu Mures and one of the richest people in the region, began constructing the castle in Dumbravioara at the end of the 18th century.

The construction ended in 1912, under the guidance of his nephew Teleki Samu.

The seven buildings that form the castle are arranged in a U-shaped plane, providing a wide space both in the front and behind the building.

The rear part was renowned for the British-style dendrologic park, the pond and horseback riding, where guests, such as King Edward VII of Great Britain or Bulgarian King Ferdinand I, trained for various tournaments at which they participated.