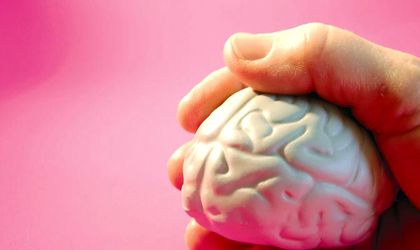 According to the latest annual survey about Romanian’s perception on persons with intellectual disabilities, the number of persons who consider that they endure discrimination has grown, reaching 77 percent, while in 2011 the percentage was 75.  Moreover, 43 percent of respondents believe that discriminative manifestations are increasing, especially inside the community (53 percent) and when it comes to getting a job (31 percent).

At the same time, more than a third of respondents believe that most of the fundamental rights are violated for disabled persons, a serious situation for a country which is part of European Union and which has also ratified the UN Convention for the Rights of Disabled People.

The responsible state institutions that should provide equality between citizens are the Ministry of Labor, Family and Social Protection with its subordinated institutions: the Social Inspection and General Directorate of Social Assistance and Child Protection. These institutions have in their attributions the implementation of social inclusion policies for disabled people.

The study also revealed problems with the lack of understanding for disabled people because of the intolerance of the Romanians. 21 percent of the respondents reject the idea of living with an intellectually disabled person, while 14 percent would not work with such a person.

Also, more than half of the respondents declared that they don’t know any person with intellectual disabilities, less than a quarter said that they have acquaintances and only 5 percent said they have relatives with this type of disability.

The Institute for Public Policy says the results of the latest survey are changing for the better since last year and that Romanians’ perception on the subject is improving. One of the reasons could be the media campaigns made with structural funds. Almost EUR 60 million was allocated for projects for disabled persons in the last three years.

According to the American Association on Intellectual and Developmental Disabilities, intellectual disability is a disability characterized by significant limitations both in intellectual functioning and in adaptive behavior, which covers many everyday social and practical skills. This disability originates before the age of 18.

Intellectual functioning—also called intelligence—refers to general mental capacity, such as learning, reasoning, problem solving, and so on.