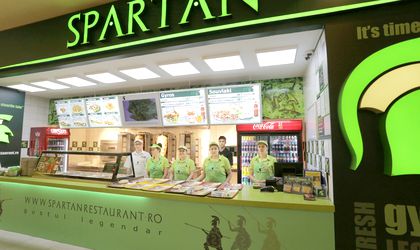 Fast-food restaurants chain Spartan has opened this month a new unit at Bacau, following an investment of EUR 90,000, reaching 33 units within the national network. The new restaurant registered in the first weekend since opening around 2,000 clients.

The restaurant is within the commercial center Arena Mall and has a surface of 1,000 sqm, employing 17 people.

“We decided to open the restaurant from Bacau because, as we always said, we want to bring Spartan brand in all the Romanian cities. We responded to the high demand in this city, where according to the market studies that we made, many people were going in Focsani and Iasi to eat at Spartan, because there was no restaurant in Bacau. Also from Bacau we received the most franchise demands,” said Anisoara Bataiosu, general director S.C. Strong MND S.R.L, the owner of the Spartan franchise.

The turnover registered at the group level in 2016 is EUR 14 million.