Romanian telecommunication market went up by 6 pct in 2017 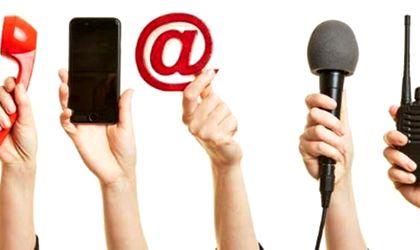 Romania’s telecommunications market is one of the most developed in our country so the evolution from one year to the next are not too high. Still, the value of the market went up last year, reaching a total of EUR 3.4 billion.

“Romania has one of the most dynamic telecommunication markets, and this is also seen in revenue growth in this sector. In 2017, total revenues were RON 15.6 billion, which means 1.8 percent of Romania’s GDP. As a regulator of this ever-expanding sector, we are aware that we must focus more than ever on our main mission – that Romanians have access to the latest and most reliable technologies and services at the best price,” said Sorin Grindeanu, president of the National Authority for Administration and Regulation in Communications (ANCOM).

According to the data reported by the providers in the Romanian electronic communications market, total revenues from the provision of electronic communications networks and services totaled RON 15.6 billion in 2017, up 6 percent compared to 2016. Expressed in EUR, total revenues were approximately EUR 3.4 billion, with an annual growth of 4 percent.

The highest growth recorded last year was in internet traffic and data transmissions of 501.3 percent to 5,81 TB (Terrabytes) of data. On the second place it is the growth of voice traffic, by 116.7 percent, to a total of 3.56 million minutes. The text messages (SMS) reported a growth of 57.9 percent to 238 million.

The number of connections of fix internet (home or office) was up by 7.3 percent to 4.8 million, while mobile internet connections went down by 1 percent to 20.3 million, from which 16.9 percent were broadband (EDGE, CDMA, EV-DO, 3G, 4G). From the total of broadband connections 11.4 million were on monthly subscription and 5.5 million on prepay. The number or active sim cards with 4G technology was at 7.7 million up from 7.18 million the previous year.