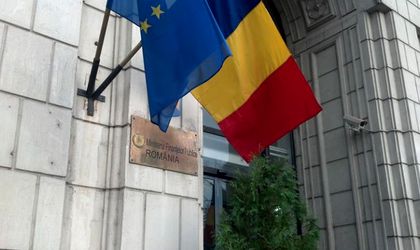 The Romanian Ministry of Public Finances (MPF) has borrowed on Monday RON 500 million from banks by issuing three-year bonds at a average yield of 1.65 percent per year.

On Tuesday a supplementary auction will be organized, through which the Romanian State wants to obtain RON 75 million in addition to the yield established on Monday.

The Ministry of Public Finances has planned loans of RON 3.455 billion from banks in July 2016, out of which RON 3.2 billion to be obtained from seven treasury certificates and Government bonds and RON 255 million to be obtained through additional sessions of uncompetitive offers. The money will be used to refinance the public debt and the financing of the state budget, according to Agerpres.

MPF has planned two treasury certificates auction with discounts, one on July 4 (valued at RON 1 billion) and the other on July 18 (valued at RON 500 million). In addition, there will be 5 benchmark bond auctions estimated at RON 1.7 billion, each being followed the next day by a supplementary session of uncompetitive offers.

MPF also considers issuing a number of state securities on the internal market valued at RON 48 – 50 billion, out of which RON 14 – 15 billion treasury certificates and RON 34 – 35 billion benchmark bonds.