In Romania, 62 percent of business leaders consider that `taking a strategic and coordinated approach to risk´ is their top priority, shows a recent survey of business confidence developed by KPMG International.

A significant number of the Romanian business leaders surveyed considered that it is important to “embed a risk strategy in the business.” Unsurprisingly, a high proportion saw “exploiting the potential of emerging markets” as another important aspect. 20 percent of the surveyed Romanian business leaders considered “developing a vision for the future” to be a top priority.

”The emphasis which Romanian business leaders place on risk is a reflection of the difficult times we have been through. This is the first major recession which Romania has suffered in the post 1989 period, and many businesses have been hard hit. They have had to learn to assess risks which exist to their business, and incorporate strategies for dealing with them into their forward planning. But this has been a useful exercise, as those companies which have survived the recession are now in a stronger position to succeed under both favorable and less favorable economic conditions.”, Daniela Nemoianu (in picture), executive partner at KPMG, Romania points out.

In the analysis by industries, the Automotive industry is facing enormous pressure from various angles. The quest for alternative technologies is still far from bringing concrete solutions, and it is not surprising that “preparing businesses for future business challenges” (62 percent) is number one priority for automotive companies and “exploiting the potential in emerging markets” (31,4 percent) is also a crucial topic for them, although “sustainable improvements in cost efficiency” is also of major importance.

The Construction and Real Estate sectors seem to be facing a very challenging business environment and will be for some years to come.  In consequence, the order of importance of the selected topics does not change significantly in this sector. However ‘improving cash and working capital management’ (54.5 percent), received a much higher rating than in the overall results (nineteen percentage points higher), which indicates that one in five executives consider this priority of major importance.

In Healthcare, due to the increased cost pressure within the social security systems and governmental budgetary restrictions, the short-term need for improvements in cost efficiency are evident. “In Romania the pharmaceuticals sector has considerable potential for growth. There are currently some challenges resulting from the increased use of generic drugs as the government tries to stem rising costs in the public healthcare sector “, adds Nemoianu. 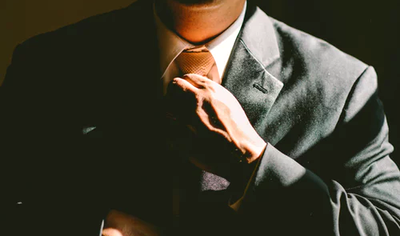 Read more about
Do You Have What It Takes To Be A Successful Entrepreneur?
read more

In Telecoms and Media, which have been through a huge transformation in recent years, the priority that has received the highest score in the survey overall is “preparing the organization for future business challenges.” As Aurelia Costache, Partner, Head of  Performance & Technology services, continues: “The Romanian telecoms sector has also seen huge change in recent years, not only in terms of technological development, but also because of increased competition. Although Romanian telecoms providers face challenges, I still expect telecoms to be a growth area in years to come.”

In the retail sector, 46.8 percent of those surveyed regarded “anticipating changing customer and stakeholder behavior ” as a top priority, reflecting the particular volatilities of this sector which can be very vulnerable to changes in consumer behavior.

“In Romania, the strong emphasis on incorporating risk management into business planning reflects some of the lessons which Romanian companies have learned over the past two years”, Nemoianu concludes.