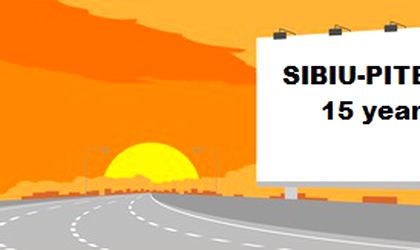 Romania’s state road company (CNAIR) launched on Thursday the auctions for two more sections of key Sibiu-Pitesti motorway, the missing link between Wallachian and Transylvanian motorway networks, despite critics from infrastructure NGOs, which claim there are no proper feasibility studies for the project.

The two sections (2 and 3 of the project) are connecting Boita (Sibiu county, Transylvania) and Tigveni (Arges county, Wallachia) and have a total length of 68 km.

In July 2017, the state company launched auctions for two other sections (1 and 5) of the motorway, but the auctions are still not closed.

Experts warn bureaucratic bottlenecks come in way of the project.

“Even if tomorrow we’ll have signed contracts for the execution of the works, the builders could not enter the sites because we haven’t solved the bureaucratic bottlenecks. (…) At the moment, the most optimistic scenarios indicate the end of the third quarter of 2018 for the issuance of the environment agreement, if we find (and accept) a solution to elaborate this administrative act without the final feasibility study, updated, for the entire Sibiu-Pitesti project (123 km),” Pro Infrastructura NGO said recently.

The Pitesti-Sibiu motorway section is the missing link between Transylvania and Wallachia, but has little chance to be done within the next decade, experts say.

Romania – which in 2018 celebrates the centennial of its union with Transylvania – is building two separate motorway networks, and the fracture line lies exactly on the ancient border between the Romanian Kingdom and the former Austro-Hungarian Empire, which included Transylvania and the western province of Banat until 1918.

At the moment, the Western province of Banat, with its rich city of Timisoara, is the only Romanian region fully connected to the Western European motorway network, through the Nadlac/Csanádpalota border motorway crossing point.