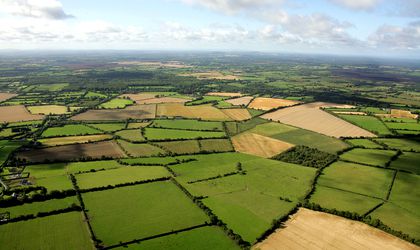 Farmland prices are projected to continue to rise in 2016 after growth of approximately 10 percent last year. Given that they are still well below the average prices in Western Europe, the acquisition of local farmland is set to remain a lucrative opportunity for those looking to start a farming business and investors alike.

The price of local farmland has more than tripled since 2007, but even so it remains an attractive investment for both locals and foreigners, say pundits. Moreover, this trend will most likely continue despite the rising prices and setbacks such as land fragmentation and the challenging acquisition process, they predict. The reason for this is that prices remain relatively low compared to Western Europe and there is a large availability of farmland with a good quality of soil.

“Over the past year we have seen investors show an increased interest in farmland acquisitions, due to both an appetite for growth and investments shown by companies active in the farming and food industries, and the higher yields foreign investors get here compared to other European countries,” Marius Schiopota, managing partner of real estate company Hitch&Mosher, told BR in a previous interview.

Those who are presently looking to buy farmland in Romania include both local and foreign companies, he said. “Our clients include both private Romanian companies which are interested in vertically integrating their agri-food business in order to secure their raw material supply, as well as foreign investors coming particularly from Western Europe. Most of them are interested in buying large plots of land, having in view a more efficient production process and investment yields. The largest surface we have brokered over the past few years for such a client was 2,000 hectares,” added Schiopota.

Some 90 percent of clients buy the land because they want to use it for farming activities, according to the agency’s data. “Investors are mainly focusing on farming businesses that use either their own land or leased land. Other investments include cereal and fodder processing factories or animal rearing farms. There is a growing demand for organic products in Romania and abroad so there is a slight orientation of investments towards this direction too,” Alina Solschi, senior associate at Musat & Asociatii, told BR.

Some also buy the land for investment reasons. “They are taking advantage of the fact that prices are not yet in line with Western European levels. But these investors choose to lease the land, which means that it will be cultivated as well,” he went on.

When it comes to foreign investors, most of them come from Northern Europe, particularly from Denmark and the Netherlands, but American and Arab investors are also active, NNDKP representatives told BR.

The 2014 market liberalization for EU citizens has not led to the much-feared land grab by foreigners and there hasn’t been a noticeable change in the ratio between Romanian and foreign buyers since this date, say pundits. To some extent this is because co-owners, tenants, neighbors and individuals involved in farming activities in the area where farmland is for sale, along with the state, have preemption rights to purchase land that is up for sale outside city limits. “Having to meet these requirements can delay or even prevent in some cases the acquisition of farmland that foreign investors are interested in, Monia Dobrescu, partner with Musat & Asociatii, told BR.

Locals and foreigners alike face the same challenge of land fragmentation when they are looking to buy farmland. This continues to be the main setback to the market’s further development, pundits agree. “According to statistics, Romania ranks among the EU countries with the most fragmented farmland. In many cases this makes it impossible for owners to fully take advantage of their land’s farming potential as for efficiency reasons investors are mainly looking to compact plots of land,” added Dobrescu.

This, combined with legal uncertainties for many plots of land, makes the acquisition process a very cumbersome one, say lawyers. “The lack of farm registries and the practice of lease ‘swap’ leads to cases where some owners don’t know who is actually working their land and who’s cashing in the subsequent subsidies,” added NNDKP representatives.

Since 2015, the Ministry of Agriculture and Rural Development has tried to stimulate land mergers by giving a subsidy based on farm size, but this measure has not had a major impact, added Dobrescu. The authorities still need to come up with legal framework that would actively encourage land merging, she added.

Compared to previous years which were still marked by the post-crisis lack of liquidity, 2015 was far more dynamic, with prices of farmland increasing by about 10 percent on average, said Schiopota.

Average prices vary between EUR 2,000 and EUR 7,000 per hectare, depending on factors such as land consolidation, the land’s cadastral status, the availability of the necessary infrastructure for efficient farming and the soil’s natural qualities. The highest prices are in western Romania he added.

Given that farmland investments bring a good annual yield, the number of transactions is projected to go up, which in turn will bring about higher sale prices, he concluded.