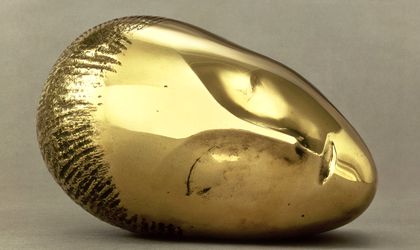 The sculpture  La muse endormie by Romanian-born artist Constantin Brancusi, was bought on Monday in an auction hosted by Christie’s for USD 57.3 million, which is a record value for Brancusi’s work of art.

One of the iconic works of the Romanian artist, with an estimated value between USD 25-35 million, was bought in two minutes. The work from bronze made in 1913, was bought at the highest price from the series at the tender Impressionist and Modern Art Evening.

Five collectors bid for the first work from the sculptures of Brancusi, according to Christie’s site.

In 1950, La muse endormie was bought by the French collector Jacques Uimann and remained in his family until the tender from New York.

The original version of the piece of art of Bracusi was made from marble, between 1909-1910.

The total of the tender amounted to USD 289.1 million.

“A fantastic start of the season,” said Guillaume Cerutti, CEO of Christie’s from Monday evening.