Real to open a hypermarket in future Afi Palace B. Noi 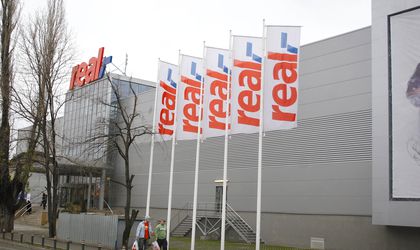 Afi Europe has announced that it has signed an agreement with retailer Real which will open its fifth hypermarket in the capital on the grounds of the future Afi Palace B. Noi shopping mall.

The project will be the third mall developed by Afi Europe in Romania after the existing Afi Palace Cotroceni and a second future unit in Ploiesti.

AFI Palace B.Noi will be located in the Bucurestii Noi neighbourhood in Bucharest. With a total area of about 22,400 sqm it will include a commercial area, a hypermarket, and an office building. The mall will also be connected to a DIY store. Company representatives announced at the beginning of 2011 that the investment in the project will amount to approximately EUR 60 million and that it should be be finalized in the last quarter of 2012.

Real is part of German Metro Group which also runs the Metro Cash & Carry units. There are 24 Real hypermarkets in Romania. The hypermarket which will be located in the Afi Palace B. Noi will cover 12,000 sm.