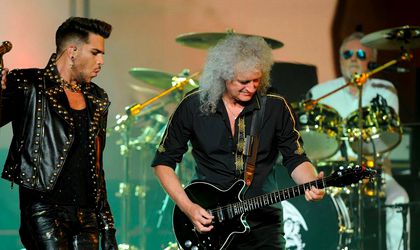 The legendary rock band Queen, together with Adam Lambert will hold their first ever concert in Romania on June 21 in Constitution Square (Piata Constitutiei),in front of thousands of Romanian fans.

The show will begin at 17:30 with three opening acts and the band will start their performance at 21:00. Ticket prices vary from 141 lei to 597 lei. Traffic will be restricted on Bd Libertatii (between Calea 13 Septembrie and bd Natiunilor Unite) and Bd Unirii on both sides (between I.C. Bratianu and  Piata Libertatii).

The collaboration between the legendary rock group and the American Idol winner started in 2011,after a special performance at the MTV Europe Awards in Belfast, where the band won the Global Icon Award. Since then, the group held a short European Tour, followed in 2014 by their World Tour with dates in North America, New Zealand, Australia, Asia, Europe and South America.

This will be the first time the rock band will perform in Romania and fans are anxiously waiting to see their idols in the flesh in their home country.