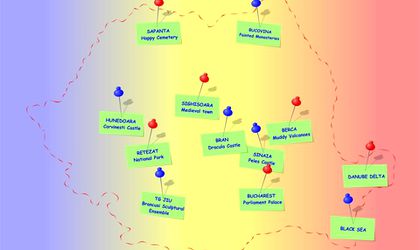 This information was confirmed on Wednesday by the Tourism Minister, Bogdan Trif.

“Holiday vouchers have been purchased and will be distributed as soon as possible to almost 1.2 million persons entitled to them. Vouchers will be taxed at 10 percent,” Trif told reporters, quoted by Agerpres.

The official warned that it is illegal to sell vouchers to other people. Both those who sell them and the tour operators who receive them are liable to fines of up to RON 27,000.

According to the Romanian accounting system, the holiday vouchers are considered income subject to 10 percent income tax, having a cash value of RON 1,450.

That means that a public employee will have to pay RON 145 (10 percent of RON 1,450) income tax in the month he receives the holiday voucher.

The income tax is due even if the employee does not want to receive his or her voucher, the sources said.

According to the emergency ordinance published in the Official Gazette on July 30, 2017, the public institutions and authorities, as well as state-owned companies have to give to their employees, until November 30, 2018, one holiday indemnity or a holiday bonus worth RON 1,450, in voucher form.

The vouchers will only be available to use within the Romanian tourism network, aiming to support Romania’s tourism sector.