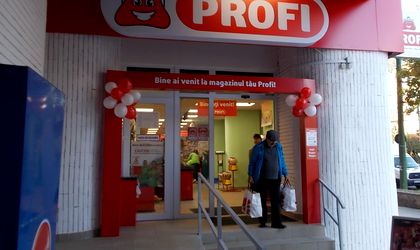 Profi network has opened five new stores in Brasov, Tautii-Magheraus, Chiscani, Orlat and Slobozia, reaching a total of 462 units in 230 localities and Bucharest.

The stores opened today in Brasov, the ninth unit in the city, functions in standard format, spreading on a surface of 471.77 sqm.

The other four stores that opened this week are operated in Loco format. The unit from Tautii-Magherus from Maramures has a surface of 375 sqm.

The store from Chiscani locality, Braila county, is spread on a surface of 296.88 sqm.

With a surface of 378.21 sqm, the unit from Orlat, Sibiu county was also opened today.

Also, the store from Slobozia, Arges has been opened today.