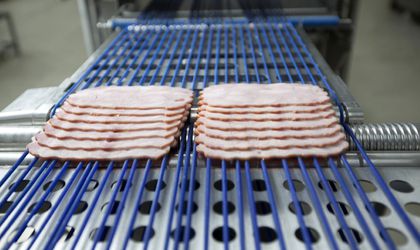 How does disinfection work by ozone? Ozone is the most powerful ecological oxidizer available, which ensures the total inactivation of pathogens that cause diseases such as salmonella, e. coli, listeriosis or botulism. Ozone is 100% environmentally friendly because, after use, it always returns to the state of breathable oxygen O2, without leaving residues.

It has been used since World War I as a method of sterilizing soldiers’ wounds or other medical applications, and since 1916 for industrial purposes. In support of industrial disinfection processes, generators produce ozone using as raw material the oxygen in the ambient air, by exposure to high voltage electrical discharges, which is actually an imitation of the process of producing ozone in nature.

What are the advantages of ozone disinfection?

The application of ozone in the meat processing industry has the main advantage of supplementing the use of chemicals at the disinfection stage and at the same time eliminating the risk of remanence of chemical residues from disinfection substances in the working environment.

Other benefits of ozone disinfection in the meat processing course, include the fact that it improves the taste and appearance of meat, as well as the air quality in working environments.

Why is ozone used less often than other disinfectants?

Ozone is produced at the site of use by generators and it is not possible to transport or store it for longer periods because it degrades in a very short time.

“The purchase of ozone generators entails high costs, which Cris-Tim has fully assumed due to the food safety security benefits that this technology adds to traditional methods. Ozone also involves a waste of time in the production process, which our company has assumed in favour of increasing food safety, as it is mandatory that rooms to be treated with ozone are completely released by staff, while disinfection solutions can also be applied in the presence of humans. Definitely the advantages of this technology eclipse the limitations, making disinfection by ozonethe the most efficient option. As a result, Cris-Tim opted for this method of air disinfection in all the production spaces of its factories.“, says Cristina Licu, head of the Quality-Environment Department at Cris-Tim.

Cris-Tim, the family business founded in 1992 by Cristina and Radu Timiş, with a 29-year tradition in the meat processing industry, has been guided by the permanent value of investing in the development of people, primarily, and innovative technologies, in order to ensure and guarantee the highest standards of product safety. Thus, the air in the Cris-Tim factories is purified daily, from the beginning of the technological process to the delivery section.

“Caring for people is us, which increases our level of responsibility towards the team and for our customers and consumers. Cris-Tim is a Romanian family business with almost 2500 employees, where we pride ourselves on a historical rigor at the level of safety and caution. The food industry is one where there are no half-measures when it comes to hygiene and safety. Moreover, the technologies implemented in the factory over the years do not leave room for contamination of products.“, said Cris-Tim President Radu Timiş.