Opinion. Bill Avery: Seen it, done it – now what? 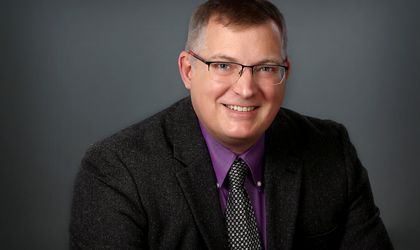 Romania started as a project and it became my life. I don’t know if it will be my “Life’s Work,” but it certainly is my life right now. I still occasionally meet people who know me only by my editorials and viewpoints. They invariably say, “Oh, I figured you were much older…” So, it seems I was writing like an old crank even 10 years ago and it just took some time for the gut and the gray hair to catch up.

[Readers will be happy to note that progress has been made on both!]

It’s fun to think back upon the so-called, “Good Old Days” of 1997-98 and remember how we started. The first issue of Business Review was prepared by Anca Ionita and myself, plus a few contributors, and we were woefully unprepared for the rigor and organization required to churn out a weekly magazine. We would routinely work all night on Fridays to try and finish up our modest 16-page edition, and I could frequently be found asleep on my desk on Saturday mornings with unfinished layouts left to do. Clearly that was not sustainable and we gradually got better. It was either that or simply give up and concede the market. By autumn of 1998 we were bragging about our new 24-page format. How quaint that seems nowadays when we routinely churn out 50-60 page issues.

In the months before we launched the Business Review in early 1998, I was under siege. I was the first one on the market to get the ‘Irish’ treatment and my credibility was under attack. Luckily the key members of the business community rallied around our group even then, because we were offering something truly lacking on the press market, which was objectivity, credibility and integrity. It wasn’t easy in the beginning, and that winter was cruel as I wore out a couple of pairs of shoes visiting clients and supporters. My car was a white Dacia “breaks-a-lot” with burned out fuses and I looked longingly at those “cool” people driving around Daewoo Cielos and Esperos. The only people driving around in SUVs and Mercs were the diplomats.

[Question for the group:  What am I talking about?  What is the Irish Treatment?]

Editorially, we spent the years 1998-2000 railing against government disorganization, misadventures and privatization delays. Foreign investment incentives were always much talked about, but rarely delivered, and the lack of professional dialog with the business community was (and still is) a big problem. It was only in 2001, after the ‘Iliescu/Nastase Restoration’ that things started to turn around in Romania. At least the PSD were somewhat more organized and some major privatization deals became unfrozen.

Of course, those were also the years of some spectacular bank failures like Bancorex and Columna Bank which wiped out public finances and pyramid schemes like Gelsor/SOV Invest which wiped out naïve first-time investors. Foreign banks didn’t escape and some like BTR were caught up in regional problems and collapsed as well. Any investment deal over $1 million was front page news. Nowadays, of course, each issue of Business Review is full of multi-million euro deals ranging from heavy industry to Hi-Tech to real estate. We do our best to keep track but there are surely millions of unnoticed deals out there.

[Fast forward: Sorin Ovidiu Vantu and the SOV Invest scandal from 1999 are back in the news.  Why now?]

It is safe to say that 2001 was the first year of positive economic growth in Romania and that growth has been accelerating every year since then. Only in say 2004-2005, did business life really start to catch fire as EU accession became a realistic outcome. With 2007’s EUR 8 billion in foreign investment, plus EUR 4 billion worth of M&A activity in 2007, Romania is surely hitting its stride.

[I don’t have the actual figures, but foreign investment is down to a trickle again, obviously]

From the beginning I wanted Business Review to be a voice for the investment community. That usually meant foreign investment at the time, but the ratio of foreign to local dealmakers has gradually evened out.   Even today, our readership is roughly 50:50 local vs. expat. Our biggest contribution to the local press market in the early years was to break the Romanian habit of trading PR for advertising. As many business people discovered, positive PR could turn overnight into editorial blackmail if advertising wasn’t being offered. So, we’re happy that long term, the market caught up to our approach, even if it meant we lost plenty of advertising revenue in the early years. Of course, I also enjoyed the occasional “Open Letters” written that would decry such tactics against specific companies or individuals. I savored those moments because they were milestones that had to be reached if we would eventually prevail in the battle of the English-language weeklies. The fact that Business Review remains the one and only English-language weekly since 2006 shows how much the market has evolved.

[There is always a push-pull between the Romanian media outlet that will happily suppress information, and the desires clients have to pass off their press releases as straight news – for a price, of course!  In this paragraph I am also making gleeful references to my main competitor in the early “aughts,” who was caught, among other things, airbrushing out his personal enemies from official photos, attempted editorial blackmail, and other issues addressed in several “open letters” written by business leaders at Amcham and the US Ambassador Michael Guest.]

The editorial team led by editor-in-chief Simona Fodor is the best ever, and under her leadership Business Review continues to expand with new sections and supplements on banking, telecom, HR, Bucharest Lawyer, Estates and Construction, and special projects like our annual CSR review and Top 100 investors. … I am grateful for the extra work they all put in on this special 10-year edition, which gave me the chance to reflect a little on where we came from and where we’re going. From the sales side, Oana Molodoi has helped Business Review become the fastest-growing business title on the entire market with 53 percent advertising growth last year. …

So, it seems the less I am involved the better we become. That’s part of growing up, and even though I somehow miss those late Friday nights, I still feel the rush and a sense of pride when I see the magazine on Monday morning.  And you as reader will know that we always did our best.