Netopia Payments processed over 6.5 million transactions worth EUR 171.4 million in the first half of the year 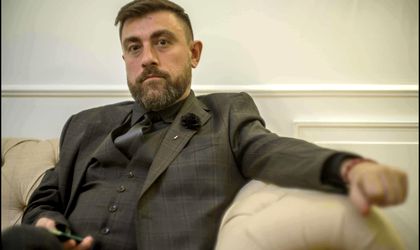 Netopia Payments processed over 6.5 million digital transactions in the first six months of 2018, up 45.4 percent over the same period last year.

The total value of the transactions processed by the company over the period exceeded EUR 171.4 million, up 30 percent compared to the first half of 2017. According to company-centered data, out of the total digital payments in the first six months, almost 3.6 million were online transactions made with the card, up 46.25 percent over the same period last year.

The average amount of a payment dropped by about 10% over last year, from 51 to 45 euros. Also, two-thirds of customers made more than one payment within the specified timeframe.

15 percent increase in payments from mobile devices, up to 50 percent of the total

According to company representatives, in the first semester of the year, payments on mobile devices increased by 15 percent, accounting for the same percentage as desktop payments, respectively 50 percent.

Those who transacted using an Android-powered mobile device were 2.2 times more than iOS users. On the other hand, desktop users paid Windows 15 times more than those who used macOS.

”Half of the payments made in the first half of the year were made on mobile devices, a sign that the payment process has become a simple and handy thing for NETOPIA Payments users. More and more Romanians choose to use electronic payments for daily transactions and our mission is to continue to provide them with the most innovative, safe and easy-to-use digital payment instruments, ”said Antonio Eram, CEO and founder of Netopia Payments.

Payments were made mainly by men (62 percent), while women had a share of 38 percent. In terms of the top of the counties that generated most of the transactions, Bucharest ranks 42 percent of the total, followed by Cluj, 12 percent, Timis (6 percent), Iasi (5 percent), Brasov (4 percent) and Sibiu (3 percent). At the opposite end, the counties with the lowest number of transactions in the first six months of the year are Vaslui and Mehedinţi, with a weight of 0.2 percent of the total.