Nasa is planning to launch a telescope that will ride on a SpaceX rocket designed to hunt for 20,000 new worlds, the Guardian writes.

The planet-hunting spacecraft Transiting Exoplanet Survey Satellite, baptised Tess, is set to take off from Cape Canaveral in Florida.

The USD 200 million mission is the first to take a ride on a Falcon 9, a rocket made by Elon Musk’s SpaceX company, which received such as certification in February.

Moreover, Tess will be thrown into a highly elliptical orbit around Earth, something that has never been attempted before. The space telescope will be flying as far out as the moon and scan the sky for planets, then come back towards Earth to send home its data. Each orbit will take nearly 14 days.

Based on Kepler observations, there are more than 2,300 “exoplanets,” something that transformed scientists’ understanding of planets beyond the solar system. That is why, astronomers now believe that the Milky Way is home to at least two billion potentially habitable planets. However, Kepler only had access to a fraction of the sky and most of the stars it studied are extremely faint, making it hard for astronomers to look more closely at the planets. 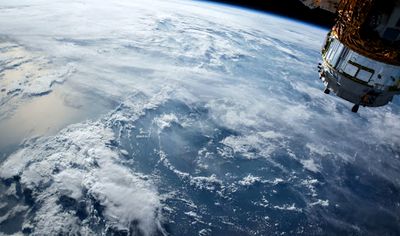 Tess will make up for that, as it will spend two years observing 200,000 of the brightest stars in the sky, most of them located no more than 300 light years away.