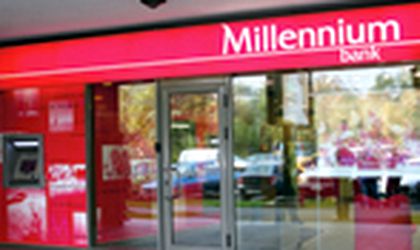 Portuguese Bank Millennium bcp posted a consolidated net income of EUR 88 million in the first half of 2011 and appreciates in a report that the economic cycle in Romania seems to be turning positive. The Romanian subsidiary of Millennium performed satisfactory in net trade incomes. The same report states that Poland was a market that showed a favorable performance for Millennium bcp.

Millennium Bank closed 8 eight branches, leaving only 66 operational in June 2011. In addition, 14 jobs were slashed, leaving 691 employees in the Romanian offices of the bank.