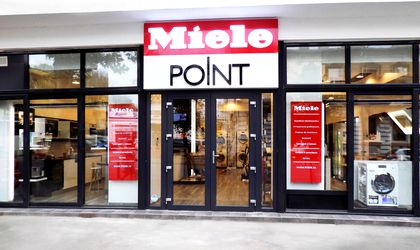 In spite of a declining market and a stronger euro, Miele Group, the largest premium home appliance manufacturer in the world, exceeded for the first time the EUR 4 billion threshold. Specifically, with an increase of EUR 167 million euros ( 4.3 percent over the previous fiscal year), Miele closed the fiscal year 2017/2018 with a total of EUR 4.1 billion.

Almost half of the growth figure was generated by the Steelco Group, the Italian subsidiary of Miele, specialized in the production of medical equipment. This is the first time this company is included in the Miele general report, and the contribution is considerable EUR 91 million.

It is the third consecutive year when Miele is growing higher than the proposed annual average, despite a market cap. In the country of origin, Germany, Miele registered a 2.4 percent increase, reaching a turnover of EUR 1.21 billion.

Worldwide, the most significant growth has been recorded in China, but above average are the markets in Canada, Austria and Russia.

Also as a novelty element, Miele began investing in startups such as loadbee, Plant Jammer, KptnCook or Mchef. They promise to offer new digital services, transposed through creativity, utility and connectivity into the future kitchen.

Thus, at IFA 2018, Mchef will present for the first time a gourmet food delivery service, unique in the world, based on the experience of the Dialog furnace, first introduced by Miele in Berlin.

At the global level, the Miele group accounts for 20,100 employees, of which 11,200 in Germany. Also at the international level, the Miele Group made investments worth EUR 272 million, a value 20 percent higher than in the previous fiscal year.

In Romania, Miele is present through its own showrooms in Bucharest (Piata Presei and Piata Dorobanti), Constanta and, most recently, Timisoara. Miele equipment is also available through the franchise franchise series in Sibiu, Deva, Brasov and Cluj Napoca.