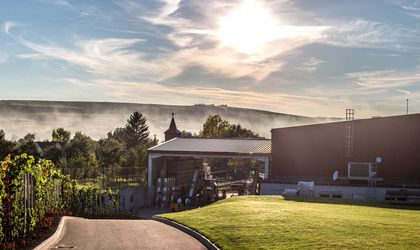 The LILIAC winery launches a new label, the first sparkling wine in its portfolio – Sparkling by Liliac. The wine is produced through a traditional method (methode champagnaise), in a blending of White Feteasca and Chardonnay, being a great choice for the summer season. The production of the wine is done after it is held in yeast for 30 months.

Sparkling by LILIAC is part of the Private Sélection range, a limited edition that has the best wines in the chosen vineyards, prepared with care, manually, by qualified personnel and that reaches the tables of the most sophisticated wine shops.

A daring, elegant and balanced wine, Sparkling by LILIAC has a yellow-soft color and floral, honey and fresh lemon tart aromas, its intense citric taste being perfectly completed by the freshness of apple notes.

Liliac’s Winery range of wines is distributed especially in the HoReCa industry, meaning 80% from the sold volume, and is present in over 700 restaurants in Bucharest, Cluj, Timisoara, Oradea, Brasov, Sibiu, Constanta, Iasi and more.