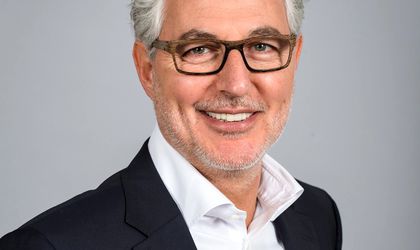 AFI Europe Romania announces a top management change: David Hay the CEO of the company for the last 7 years announced his resignation and his intention to continue his professional path apart of the company. The decision is a personal choice of Hay and the Group management.

All the projects of AFI Europe Romania will continue with no other changes and David Hay will assure the transition to the next CEO.

Under David Hay management, AFI Europe Romania has become one of the most important real estate players on the Romanian market. The company reported a continuous growth and expansion. The Romanian operations NOI doubled to more than EUR 50 million, new projects were developed and completed including AFI Ploiesti shopping mall and the 5 office buildings of AFI Park. Currently, 3 projects are under different stages of development including AFI Brasov mixed used, project of shopping mall and offices, the first office building of AFI Tech Park in Bucharest and the first 200 residential units of AFI City residential complex.

“After 12 years of service in various positions in AFI Europe and after 7 years of managing the Romanian operations of the group, I have decided with a heavy heart to take the next step and explore other potential opportunities. With consideration, I thank our clients and partners for their collaboration. Special thanks go to the great team of AFI Europe Romania for their dedication, professionalism and constant support and to the management of AFI Europe Group for their continuous trust and support,” said David Hay.