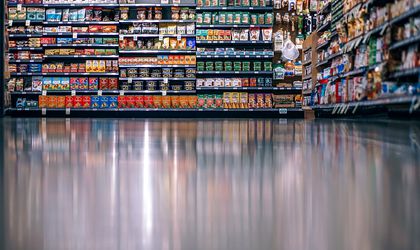 After analyzing nearly 1,400 food products in 19 EU countries, the Joint Research Centre (JRC) found that 9 percent of the compared products differed in composition, even though the front-of-pack was identical. A further 22 percent of products with a different composition had a similar front-of-pack.

These are just a few of the conclusions of the pan-European testing campagin of food products, according to the European Commission.

The study did not show a consistent geographical pattern. Based on the newly-developed methodology, national authorities will now be able to perform a case by case analysis required to determine misleading practices which are prohibited under EU consumer law.

Even though Romanian politicians complained about alleged double standards in food products being distributed across the EU, claiming that some products sold in Romania and other eastern European countries were of lower quality than in western Europe, Romania did not take part in the EC’s study, even though all member states were invited by the JRC to provide information.

“Some Europeans feel branded food products they buy are different, perhaps worse, compared to those available elsewhere. The Commission called on our scientists to help objectively assess the extent of such differences on the single market. The results are mixed: while I am happy that they found no evidence of an East-West divide in the composition of branded food products, I am worried that they uncovered up to one third of tested products having different compositions while being identically or similarly branded,” said Tibor Navracsics, Commissioner for Education, Culture, Youth and Sport, responsible for the Joint Research Centre.

According to Věra Jourová, Commissioner for Justice, Consumers and Gender Equality, there will be no double standards in Europe‘s single market.

”With the new laws penalizing the dual quality and strengthening the hands of the consumer authorities, we have the tools at hand to put an end to this practice. European consumers will be able to do their shopping in full trust that they buy what they see,” said Jourova.

What the study revealed

In the majority of cases, the composition matched the way products were presented:

According to EU legislation, marketing a  good as identical to one marketed in another Member States while that good has a significantly different composition or characteristics which cannot be justified by legitimate and objective reasons could unfairly and illegally mislead consumers.