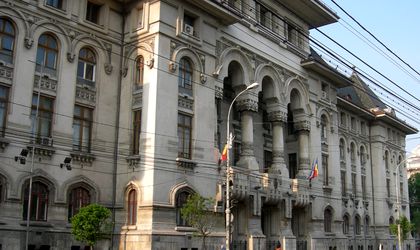 The Bucharest Court of Appeals has decided to cancel decisions voted by the General Council of Bucharest (CGMB) to approve the establishment of 20 municipal companies, of a total of 22 that are part of the municipal holding created by mayor Gabriela Firea.

Opposition party USR had brought the case to court through two of its local general counselors, Roxana Wring and Ana Maria Ciceala. The court’s decision is final.

The 20 companies, USR claimed, were set up illegally because the decisions to establish them were passed through a simple majority vote instead of a two-thirds vote like the law required for such projects.

The court agreed with the opposition’s position and cancelled the CGMB’s decisions to set up the companies. This decision doesn’t specifically say that the companies must be dismantled, but cancelling the acts on which they were based most likely means that they are going to be completely blocked – they won’t be able to spend any money on staff or contracts. It could take over a month for the court to publish its motivation.

The 22 companies in the municipal holding were estimated to have a total of over 8,400 employees, total revenues of over RON 1 billion, expenditures of about RON 988 million and a total net profit of almost RON 58 million.

Mayor Gabriela Firea said she was surprised, “if not shocked” by the court’s decision. She claimed that she had been advised by legal experts throughout the process of setting up these companies and that she was sure that the actions were legal. Firea gives examples of other European cities where municipal companies exist, such as Vienna, Stockholm, or Berlin.

“It seems that a court in Romania has decided that almost all the decisions in local councils can only be adopted with a two thirds majority, meaning that such interpretations will probably lead to a completely blocked city. Our objectors seem to appreciate the fact that a Bucharest that is completely blocked and thrown into chaos is the only way that could lead them to winning the next elections.

We will analyse and consult with legal experts and take the necessary measures.

We want to note that these companies continue to exist, they were established a year and a few months ago, they’re part of the Trade Registry, and this cancellation of these administrative acts will not (automatically) produce effects over these functional companies.

The courts, in their wisdom, are probably going to explain how we proceed,” said Gabriela Firea on Thursday night.