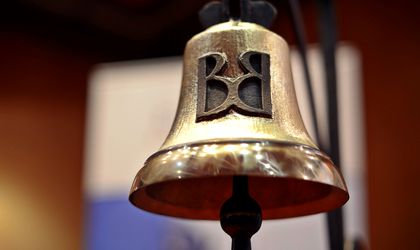 The Bucharest Stock Exchange (BVB) recovered most of the losses from previous months in March, its main index registering an increase of 5.45 percent, according to the BVB monthly report.

This was in line with most regional markets, with only Bulgaria seeing a drop in its main index (down 0.79 percent), while Hungary stood at the other pole, with an impressive 11.74 percent rise.

BET Total Return (BET-TR) ended March with an identical advance as the BET. The BET-TR index is reflecting the evolution of ten most liquid stocks listed on the Bucharest Stock Exchange, included in the BET and dividends distributed to shareholders by these companies.