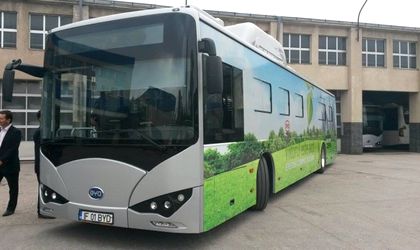 The Bucharest Mayor Office plans to buy 100 electric buses and their charging infrastructure, asking for the agreement of the General Council of Bucharest. If the project will be approved, RATB, the public transit operator in the Romanian capital, will follow the necessary procedures to elaborate the feasibility study, then the tender and the acquisitions of electric buses.

„Technical-economic documentation (feasibility study) will determine the vehicles number, the dimension of the charging infrastructure, the manner and the stages that will be used in the public transport system from Bucharest and will be transmitted to debate and approval of general Council of Bucharest,” says the decision project that will be discussed on Friday by the General Council of Bucharest.