BNR: Back payments for loans in RON drop with 6.5 pct in May 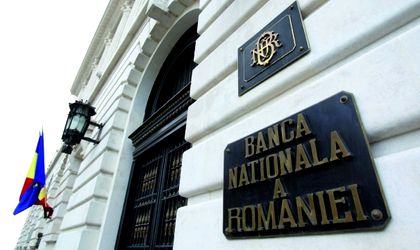 The overall credits in RON reached in May 117.674 RON billion (with 1.54 percent over the value from the previous month) out of which RON 55.521 billion were the amounts contracted by the economic agents and RON 58.529 billion were loans taken by population.

The overall credits in foreign currency were 103.135 billion equivalent in RON (with 0.22 percent less than in April) out of which RON 50.049 billion were loans taken by economic agents and RON 51.018 billion loans taken by population.

The Bucharest citizens had at the end of May back payments credit loans in local currency of RON 1.826 billion and RON 4.224 billion in foreign currency.

The total credits in RON contracted in Bucharest were RON 40.106 billion and in foreign currency RON 48.192 billion.