Analysis. What to expect in 2018: Uncertainty reigns as Romania prepares to turn 100 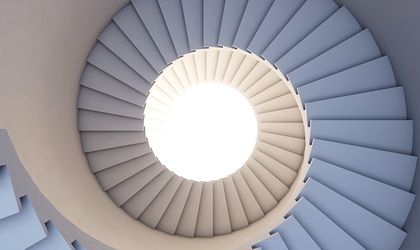 With Romania celebrating 100 years since unification this year, while preparing to take over the six-month EU Council presidency in January 2019, uncertainty and instability dominate both the economic and political scene. BR considers some of the most significant challenges that Romania will face this year, and outlines likely developments in key sectors.

The Romanian economic and political scene was rocked in mid January after the leadership of the Social Democratic Party (PSD) withdrew its political support for PM Mihai Tudose’s team following disagreements with ministers. As a result, Viorica Dancila was nominated as prime minister by the centre-left ruling coalition, PSD-ALDE, and her appointment was approved by the Romanian president, Klaus Iohannis, following consultations with political parties. If she gets the green light from Parliament she will become Romania’s first female PM.

“For us it is important to implement the governing program for Romania, for Romanians, to approach 2018 – the centennial – in the right way, but at the same time to prepare to take over the EU Council presidency starting January 2019,” said Dancila, outlining the priorities of her government. It is the second time in a year when the leadership of the governing party has changed the PM, after Tudose replaced Sorin Grindeanu, last summer, when a motion of no confidence, initiated by the ruling coalition, was passed against his government.

The instability has had an impact on the business community. A questionnaire issued by the Romanian-German Chamber of Commerce (AHK Romania) in September last year found that while the current situation of German companies in Romania is good, there is less optimism for the future. The questionnaire asked respondents to evaluate their current circumstances and their companies’ situation, to give an overview of the main economic risk factors from the companies’ point of view.

German firms are currently faring well in Romania, and short-term expectations are positive. However, compared to the same questionnaire issued in the fall of 2016, the percentage of those who expect circumstances to worsen over the medium term has grown significantly (29 percent in 2017 versus just 8 percent in 2016). Optimism falls away after the short term, likely as a result of the political and economic developments of the previous months.

The political-economic framework is considered to be by far the biggest risk to the economy. Over 69 percent of responding companies – many more than last year – are unhappy with it. The number of respondents who are worried about legal stability has grown since the 2016 questionnaire. This comes as Parliament has adopted several controversial laws, which hinder the fight against corruption, among other issues.

The conclusion of the questionnaire is that the government’s efforts should focus on increasing the level of trust in the business environment. This refers especially to fiscal stability and sustainable economic measures, as well as continuing the fight against corruption.

An eye on Romania’s centenary

This year Romania will celebrate 100 years since the Great Unification (Marea Unire) between Transylvania, Basarabia and Bucovina on one hand and Moldavia and Muntenia on the other hand. Local authorities have already announced that they intend to mark this big event by making significant investments in monuments and infrastructural projects. According to digi24.ro, the municipality of Oradea (Bihor County) will invest RON 10 million in the Centenary Bridge, a project intended to be inaugurated on December 1 2018. It is one of 100 projects that the local authority intends to mark 100 years since the Great Unification. Other large cities around the country will also mark the milestone. For example, the Unification Palace in Arad will be restored, while the authorities in Bucharest will establish a 15,000 sqm green area called Centennial Park.

Taking the helm of the EU Council

One of the biggest challenges for Romania this year will be its preparations for taking over the European Union Council presidency for six months, starting January 2019. During its mandate, Romania will need to act as a neutral broker, being responsible for leading council negotiations regarding EU legislation, ensuring the consistency of the EU agenda and good cooperation between EU members and European institutions. “Romania will have the role of an honest broker and respectable mediator that tries to find compromises on issues with which all the other member states will try to align. Given that at present there are many issues on which members don’t agree, it is a very important role, through which a country can reposition itself within European Union and improve its reputation as a member state. The Presidency of the EU Council is also a test for Romania ten years from its accession,” Angela Cristea, chief of the Representation of the European Commission in Romania, told Freedomhouse.ro. 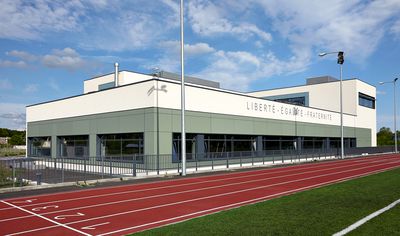 As president of the EU Council, Romania will have a significant opportunity to impose its national vision on strategic debates about the future of the European project, contribute directly to its consolidation and promote some of the issues that the country considers to be important on the European agenda. As pundits say, two things will mark Romania’s presidency of the EU Council: taking the position for the first time and organizing European Parliament elections.

Back on the local market, Iancu Guda, head of the Association of Financial-Banking Analysts in Romania (AAFBR), says that this year is favourable for companies looking to float shares on the Romanian stock exchange. He adds that consumption is at significant levels, which will encourage investments and boost revenues this year. “From the perspective of financing alternatives, 2018 is favourable for a listing on the stock exchange,” the AAFBR head told journalists in a press conference. Guda added that private consumption will grow by around 5-6 percent this year, below last year’s levels but enough to support investments.

According to www.profit.ro, the energy sector is an attractive opportunity for investments because it can offer good instruments, either through the placement of Brent Crude oil futures and options or acquisitions of equity stakes in companies listed on the BSE. Investments in lenders’ equity stakes and state-owned companies could be another promising solution.

…and in the IT sector

Looming local political and administrative decisions will cause the IT sector, one of the country’s fastest-growing right now, to shrink in 2018, the Employers’ Association of the Software and Services Industry (ANIS) warned recently. According to ANIS, the upcoming fiscal changes severely diminish the local IT industry’s growth opportunities. Specifically, the sector will fall short of the solid 15 percent growth and EUR 4 billion-plus turnover posted in 2017, under a business-as-usual scenario.

“Unfortunately, the recent changes to fiscal laws are pushing companies to make internal evaluations, regardless of their size or business model. This suggests that growth will stagnate or even be reversed, under the pressure of recruiting and the spike in labour costs,” ANIS representatives said. The consequences of the fiscal changes were felt as early as 1 January 2018, when over 35,000 employees in the sector stood to lose EUR 1 million monthly, due to the new way of taxing wages. Under the new laws, ANIS warns, the efforts of the over 110,000 experts that have led to continuous growth for the sector over the years will have an uncertain future.

The lack of tax law predictability and contradictory government measures result in a cautious forecast for the development of the tech industry in 2018, ANIS believes. Moreover, medium- and long-term growth forecasts will also be severely hit.

Last but not least, at the end of January, local authorities announced that programmers with average levels of education who attend IT classes at will be exempted from taxes from February 1. Approximately 15,000 programmers will be eligible, in addition to those who are already tax exempt. To benefit from the exemption, individuals have to provide proof of university enrolment. Until now, only university graduates have enjoyed the income tax exemption.

Limping lion: investors tip the Leu to weaken in 2018

CFA analysts expect the Romanian currency to depreciate versus the Euro over the next 12 months. The CFA has increased Romania’s macroeconomic trust indicator after five consecutive months of falls. The latest update gives 44.1 points to Romania, 0.7 points higher than the previous value. The average estimated value of the Euro for the next six months is 4.6891, with a 12-month average of 4.7329.