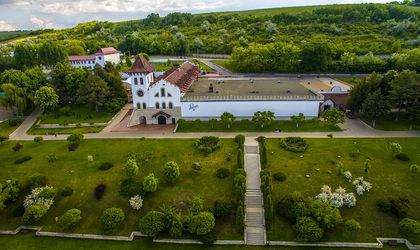 Faced with the effects of the rapidly shifting geo-political situation in the region, which triggered a deep rethinking of its business strategy, Moldovan winemaker Purcari has made a major turnaround and is now looking to grow internationally. After a successful IPO on the Bucharest Stock Exchange, in February the leader of the premium segment of the Romanian wine market became the first Moldovan company to list on the BVB.

The damage inflicted on its business by the two embargoes imposed by Russia in 2006 and 2013 on imports of wine from Moldova left Purcari Wineries with an USD 15 million loss and deprived of a market accounting for at least 30 percent of its sales. Before the first embargo, Russia, a market that had developed a nearly symbiotic relationship with Moldova, was the latter’s main outlet, receiving up to 60 percent of wine exports. Faced with a crisis, Purcari Wineries redesigned its business strategy to focus on the Romanian and other CEE markets.

From the beginning, shifting focus was not a straightforward move. According to Vasile Tofan, partner at investment fund Horizon Capital, which came on board in 2010 and invested USD 18 million to hold 64 percent of shares, after the first embargo hit business, the group’s thorough knowledge of a traditional market translated into a business strategy focused on reopening the closed door.

“The original investment thesis behind this investment was centered on regaining the group’s position on the Russian market, which was traditionally the largest one for Purcari Wineries,” says Tofan. “Hence, initially it was all about orchestrating the comeback to Russia, especially as the embargo had been lifted at the time. However, that strategy was put to a hard test in 2013, when a new embargo was imposed, putting the group in a turnaround situation.”

The refocus on CEE, most importantly Romania and Poland, was as much a calculated strategy as a necessity, Tofan argues. “We were entering 2014 with a stretched balance sheet, with an EBITDA below USD 1 million and a net debt hovering around USD 18 million. In addition, unfolding events in Ukraine, then Crimea, triggered a series of devaluations across CIS markets, putting our sales in the region under pressure.”

In 2014, Tofan says, the group focused on fixing its balance sheet, improving its working capital and watching costs closely while preparing the ground for a sales push. “On the latter front, the primary goal was to restructure a bloated portfolio, terminating low-margin private label contracts and relaunching all four core brands with fresh positioning, targeting a younger, more progressive consumer, while supporting the brands with the signature marketing approach of the Purcari team. The sense of urgency and purpose that united the team ensured the excellent execution of the strategy. Nothing unites a company as well as a good crisis,” Tofan comments.

And the figures back that up. Despite the regional crises, over 2014-2016, Purcari quadrupled its EBITDA, which rose by another 29 percent in the first nine months of 2017. “The lessons of that time, including stringent costs discipline, a guerilla-type marketing approach, and an aggressive bonus structure for the sales force, are still serving Purcari today,” says the partner.

Toasting life as the first Moldovan firm on the BVB

A major wine producer in both Romania and Moldova, both with domestic market status, Purcari listed on the Bucharest Stock Exchange (BVB) under the WINE symbol, following a successful IPO of 49 percent of its shares. The offering was well received, in spite of turbulence on the global market, with retail investors oversubscribing it more than four fold. The final offer price was RON 19 per share, valuing the offering at over RON 186 million (USD 50 million).

“Purcari is one of the largest wine producers in the region, and we have ambitious plans for the future. In this context, listing on the BVB represented a natural step in our evolution,” says Purcari CEO and founder Vasile Bostan, adding he is happy to contribute to the creation of ‘bridges of capital,’ with Romania, a term alluding to the close ties between Moldova and what is now its main trading partner.

Following the listing, Bostan, an oenologist by training with over 35 years of experience in the wine business, returned to the position of majority shareholder, with a 25 percent stake. “We are a company that, over time, has proven that quality products and a coherent strategy represent the foundation for the growth of a business, regardless of the external impediments it encounters along the way. We have high ambitions, and in order to achieve them we believe that greater visibility, which comes with being a public company, will help us further our goals in the region.”

According to Bostan, both the BVB and the Romanian capital market are enjoying good momentum following the series of successful IPOs carried out last year. Tofan agrees. “We believe that the Romanian capital market is on a good trajectory to reach emerging market status. Investors’ interest is high after Romania was one of the most active markets in terms of IPOs, with four such offerings valued at EUR 256 million. The BVB is following on the path of the Warsaw Stock Exchange, which has been a spectacular success Europe-wide.”

Following the listing, Horizon Capital holds 23 percent in the firm, becoming the second largest shareholder after the group’s founder, and is in no rush to liquidate that stake. Instead, the future role of Horizon Capital, which has around USD 700 million under management, across four funds, is going to be an active one, Tofan tells BR. “The management is in the driving seat but we will continue playing an active role, also as board members. Purcari company culture is a combative one, setting high targets and holding people accountable for them. We don’t necessarily believe in comfortable, rubber-stamping types of boards, so the management can expect to be challenged, constantly pushed outside their comfort zone. This is very much in line with Mr. Bostan’s style,” he adds.

What’s on the table: fresh focus on Poland and China

Next, Purcari will look to replicate its successful Romanian model on CEE’s largest market, Poland, while also focusing on China as its next strategic market. As far as the group’s growth strategy is concerned, it will continue the expansion of premium brands, a strategic segment expected to grow further due to favorable market conditions. “Also, we want to develop new business segments. We have started with brandy and sparkling wine, and the results are already coming in. Our sparkling wines have won two silvers and one gold medal at Effervescent du Monde – one of the most important international sparkling wine competitions,” says the Purcari CEO.

“Next we are also exploring acquisition opportunities. Historically, the group came together via a series of five acquisitions, during the 2000s, and we have a good track record of identifying and integrating value-accretive targets, so we plan to build on this experience. Last, but not least, our sales strategy is to increase the share of direct-to-retail sales, leveraging on very good relationships with key international retailers. We have had a positive experience in Romania with this type of distribution model and we want to replicate it in strategic markets for us, like Poland, and other core CEE markets, such as the Czech Republic and Slovakia.”

Purcari exports to Asia from both its Romanian and Moldovan wineries. According to Bostan, the group sees China as a strategic market, which has shown very high rates of growth. “We are directing major resources into expanding our footprint there. We are creating a dedicated sales team that is based in China and we have just announced the introduction of new products dedicated to the medium and premium segments of the Chinese market.”