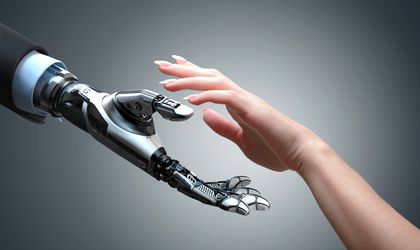 Telecom companies have celebrated 20 years in the Romanian market and what a period it has been. From clunky mobile phones dubbed “bricks” and the squeaky sound of slow dial-up connections we have moved to extremely powerful devices that are processing impressive amounts of data in complete silence.

Moving from little over half a million users in 1998 to more than 26 million in the first half of 2017 proved an impressive feat for telecom players, which have made constant investments in technology. Their next milestone will be the deployment of the new 5G wireless infrastructure, which should happen locally by 2020. Through such investments, autonomous driving will edge one step closer to reality in large cities.

And the disruption doesn’t stop here. The financial sector is ripe for massive changes due to blockchain technology, while consumers are becoming more reliant on the gig-economy with the uber concept being adapted to everything from transport, to food deliveries and home cleaning.

In spite of the expansion of interned-based companies, Romanians’ online access has remained below EU norms. Some 64 percent of Romanians aged 16-74 had used the internet in the past three months, while the EU average stood at 84 percent, according to a survey carried out in 2017 by Eurostat, the statistics office of the EU.

“Software is eating the world, but AI is going to eat software,” said Nvidia CEO Jensen Huang, in an interview with MIT Technology Review in mid-2017. The company has been one of the beneficiaries of the artificial intelligence investment boom as it makes hardware for machine-learning algorithms used in the research of autonomous driving.

Who benefits most from AI

Companies are weaving themselves seamlessly into the fabric of how people live today through technology, agreed 84 percent of 6,300 IT managers and executives surveyed by Accenture.

“Just as cities developed around ports and then railroads, or people rebuilt their lives around electricity, the world today is reimagining itself around digital innovation – and, by extension, the companies that provide those services,” said Paul Daugherty, Accenture’s chief technology & innovation officer. The company has identified five emerging technology trends that companies need to be aware of: Citizen AI, Extended Reality, Data Veracity, Frictionless Business and Internet of Thinking.

For instance, companies looking to harness the potential of AI must acknowledge its impact on people’s lives. Some are already calling for the regulation of AI, and entrepreneurs with global reach, such as Elon Musk and Pether Thiel, support research into safe artificial general intelligence.

“AI will be the best or worst thing ever for humanity,” said Musk, the founder of Tesla and SpaceX, in 2017. On the other hand, Facebook’s founder Mark Zuckerberg has criticized the doomsday scenarios for AI, suggesting that instead it can help the world get better. The economic benefits of AI have already been estimated. PwC forecasts that AI will provide a USD 15.7 trillion boost to GDP worldwide by 2030. China is set to receive the greatest economic benefits (USD 7 trillion) as AI is integrated into various industries. The impact on Northern Europe is estimated at USD 1.8 trillion, while the figure for Southern Europe has been put at USD 0.7 trillion. North America will boost its economy by USD 3.7 trillion due to AI.

Manufacturing is set to reap the most benefits from adopting AI technology. Accenture estimates the benefits of the use of AI at USD 12.2 billion by 2035. Professional services will gain close to USD 10 billion, while wholesale & retail and financial services will grow by USD 8.4 trillion and USD 4.6 trillion respectively.