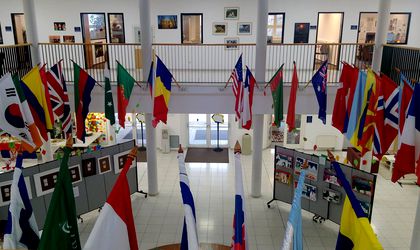 The American International School of Bucharest has started the construction of an early education center within AISB campus for pre-school pupils, with ages between two and five. The investment for the project reaches EUR 6.5 million and additional EUR 500,000 for furniture and will be finished until the summer of 2017.

The new early education center will cover a surface of 3,800 square meters and will comprise 20 class rooms and also interior gardens, a library adapted to the age ranges, common spaces, a room for music and moving activities, infirmary, sports room, kitchen and canteen for children, ateliers in nature connected to every class room, changing rooms and resting rooms, digital atelier and playgrounds.

“The constructions of a center destined to our youngest pupils was necessary to adapt to the learning environment based on their needs. We are aware that this center will be their first experience with a learning institution and that’s why we want to offer them a dynamic environment, to combine playing with the study. The ateliers will be like an indoor educational space. We try to make it less like an institution, more a friendly environment. The space will have a lot of light, because light is important for students,” said Robert Brindley, the director of AISB.

Currently there are 100 children aged between 2 and 5 years studying at AISB, from 39 different countries. Overall, the AISB student are 30 percent Romanians and 70 percent expats.

Annually, during summer the AISB plans minimum investments of EUR 500,000, the amount of this summer being EUR 1 million.